Every day, four Australians are diagnosed with myelodysplastic syndrome (MDS), but many people's resistance to the best available treatment has been poorly understood until now. 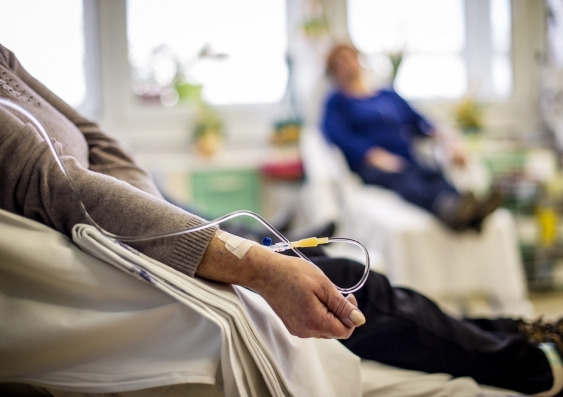 Researchers are closer to helping the 50% of people with a group of blood disorders that can transform into acute leukemia but who don’t respond to the best available treatment.

Myelodysplastic syndrome (MDS) is characterised by impaired peripheral blood cell production and abnormal bone marrow. Each year in Australia more than 1400 people are diagnosed with MDS – the equivalent of four people every day – and it is one of the more common haematological disorders in the elderly.

Azacitidine (AZA) is not a cure for MDS, but about half of people who are treated with the chemotherapy drug will respond after four to six months, and may not progress to leukemia.

For the other half of MDS patients, there are few alternatives, and the molecular mechanisms underlying their resistance have been poorly understood.

Furthermore, for those patients who do improve with AZA, the response is rarely sustained, and they tend to relapse within two years, again for reasons that are not well understood.

The multinational study was led by Professor John Pimanda’s team at the Lowy Cancer Research Centre, UNSW and the Prince of Wales Hospital in Sydney, and involved clinicians and researchers from Australia, the UK and Sweden.

The team’s years of research using patient samples collected from hospitals around NSW and the ACT has revealed that the bone marrow hematopoietic progenitor cells of patients who were resistant to AZA therapy were quiescent, or dormant, and a smaller proportion were undergoing active cell cycle progression compared to the cells of patients who respond to treatment.

Dr Ashwin Unnikrishnan, a research fellow in the stem cell laboratory at the Lowy Cancer Research Centre, and first author on the manuscript, says these identified markers of cell cycle quiescence could offer the first possible method to identify AZA non-responders early.

“These are early days but this could avoid what has really been a ‘wait and see’ approach with patients that sometimes results in them receiving futile treatment for six months,” he says.

“By that stage the patient’s disease has progressed, and there’s no alternative for them.”

Further discoveries from the team, identifying a molecular pathway linked to cell cycle quiescence, also provide a potential avenue for future combination therapies that would improve AZA responsiveness in patients by blocking this pathway.

Lastly, the team have also made discoveries that could explain why a significant fraction of patients who initially respond to AZA treatment will eventually relapse.

“All of the pernicious mutations that we associate with MDS never disappear in these patients, even after years of treatment,” Dr Unnikrishnan says.

“From a clinical perspective, blood cell production is restored in patients, but they are a ticking time bomb, waiting to relapse.

“AZA is not a cure, and we are starting to understand why it does what it does. We need to find better treatments than Azacitidine if we want a more durable therapy for MDS, and that’s the basis for our future work.”