Opinion Is the incidence of dementia declining?

Dementia rates may be falling but the downward trend won’t go on forever, warns Perminder Sachdev. 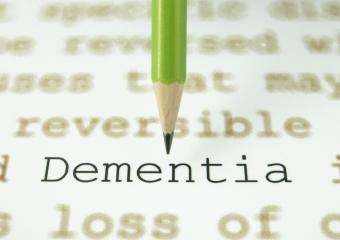 OPINION: It’s rare to hear good news about dementia, so two recent reports showing it may be becoming less common created a fair amount of excitement.

But things perked up considerably when the reports in the prestigious medical journal Lancet showed that dementia rates seem to be declining.

The first report was from the Medical Research Council Cognitive Function and Ageing Study of the United Kingdom.

Between 1989 and 1994, this group carried out a survey of dementia in individuals 65 years or older in six areas of England and Wales. Three of these areas were surveyed again 20 years later (2008-2011) to see if the prevalence of dementia had changed.

Although not the same, the sampling methods were similar enough for the rates to be comparable. Of course, the population structure had changed in the two decades, with a higher proportion of very old people in the latter study, who tend to have higher rates of dementia.

If the rates in the first survey were projected to the second (after correcting for differences in population structure), the expected rate of dementia in 2011 was estimated to be 8.1%.

The actual number in 2011 is now estimated to be 670,000; it hasn’t gone up as expected despite many more older people.

Study on level of function

The other report was a Danish study published in the same journal. This study didn’t actually measure rates of dementia, but looked at how well people in their early 90s were functioning.

The researchers compared the functioning of people in their early 90s who were born either in 1905 or 1915. They expected that people born in the later cohort (1915) would be healthier when they reached their 90s than those born ten years earlier (the 1905 cohort).

They were right. The 1915 cohort, aged 95 at the time of assessment, had better cognitive function and ability to function independently than the 1905 cohort, who were assessed at the age of 93.

The physical health of the two cohorts was very similar despite the fact that those born in 1915 were more likely to survive into their early 90s.

The study suggests that more people born later are surviving to older age and with better mental function and less risk of dementia. There are good reasons to believe that dementia rates in people in their early 90s have fallen.

We don’t know precisely why this is happening, but it may be because the latter group had better education and a more stimulating environment. We know that both increase the reserve capacity of the brain and its ability to ward off dementia for a longer period.

It is now well known that early education sets the stage for cognitively stimulating activity through life, and it is quite likely that gains in universal education in the early part of the 20th century contributed to the improvement.

Whether better nutrition and physical environment also have a role is unclear because the physical health of the 1905 and 1915 Danish cohorts did not differ.

No resting on laurels

The data from the above studies are supported by other studies from the Netherlandsand China, suggesting that this is may be a worldwide phenomenon.

This is indeed good news.

It appears that brain function in the elderly is malleable, and there is a trend toward improvement. And it seems that, at least over the early part of the 20th century, people born later survive to a riper age with better brain function.

This is consistent with what has been previously described as the Flynn effect, which is named after Jim Flynn. He showed that there had been a substantial and sustained increase in measured intelligence over the last 100 years.

It’s likely that we will continue to reap the benefits of improvement in education and health in the last century in the form of better brain health as our populations age.

But there is a caveat.

This improvement is unlikely to continue forever; there’s already evidence from some Scandinavian countries that the Flynn effect levelled off toward the end of the 20th century.

In many Western societies, including Australia, we are in the midst of an obesity epidemic, and attendant problems such as diabetes and metabolic syndrome, in young people.

When they reach old age, it’s likely that these people will not retain the cognitive advantage that education and stimulating environments offer them. The effect of these mid-life disorders on late-life cognitive function and propensity for dementia is being increasingly recognised.

The nature of brain stimulation has also changed in younger generations, with the increasing reliance on information technology and social media; we don’t yet know the long-term effects of this change.

What all this means is that we can’t take our good fortune for granted, and must improve our physical and mental health from an early age to continue to reap the benefits in old age.

Perminder Sachdev is Scientia Professor of Neuropsychiatry and Co-Director of the Centre for Healthy Brain Ageing (CHeBA), UNSW.