It's easy to feel disheartened by the bombardment of negative statistics about Indigenous health, but we shouldn't ignore the many successes, writes Lisa Jackson Pulver. 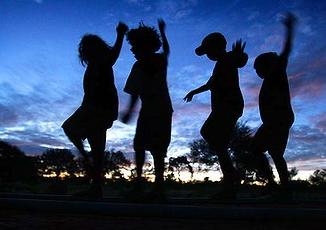 OPINION: The media loves a bad news story - and the response to the latest report on Aboriginal and Torres Strait Islander health is no exception.

The Sydney Morning Herald called the past 10 years a "wasted decade", highlighting increasing rates of diabetes, kidney disease, asthma and osteoporosis among Indigenous people, along with the 11-year gap in life expectancy between Indigenous and non-Indigenous Australians.

But the largest-ever survey of Aboriginal and Torres Strait Islander health released by the Australian Bureau of Statistics also has some good news to report that was all too easily passed over.

Fewer Indigenous people are taking up smoking, and those who do smoke are giving up the habit. This is despite nicotine being an addictive substance, highly influenced by social norms. For years, smoking rates have been much higher in the Indigenous community than in the non-Indigenous community. But according to the Bureau, the proportion of young Aboriginal and Torres Strait Islander people aged 15 to 17 years who have never smoked has increased from 61 per cent to 77 per cent, with an increase from 34 per cent to 43 per cent for those aged 18 to 24 years.

This result is matched by the non-Indigenous community. It should be applauded and recognised by all Australians: it shows the resilience of our young people who are increasingly saying no to smoking. The choice they are making will mean a decrease in the knock-on effects that chronic smoking brings.

While it must be acknowledged that this is only one indicator of success, it is still a win. So, where are the accolades for all the tobacco control programs, the Aboriginal Health Worker mentors and those with the resolve to never smoke or to stop? Why is this not the story?

Among the findings in the ABS report, Indigenous Australians are reported as being more than three times as likely as non-Indigenous Australians to have diabetes. While this is cause for concern, many of the major health problems for Indigenous communities are not only affected by health spending, but by the wider determinants of health. This means it will take much longer before we see viable gains. So it should come as no surprise that in such a short period, since 2009, the Closing the Gap policy framework and funding did not produce positive health outcomes on all measures. The period surveyed (2012-2013) cannot have benefitted from the new money that flowed as a result of Closing the Gap. It is too early. More importantly, the severe disadvantage many of these data reflect reinforces the argument for concerted action and sustained funding over the longer term.

We must also remember that early prevention and intervention is important, so we need to continue to look for the early and intermediate signs of what will become a long-term improvement in health - which of course includes lower smoking rates, a top risk factor for a wide array of other health conditions. Likewise, we should not simply focus on the current rates of chronic disease, but also the factors that contribute to good health in the future: nutritional status and healthy diets, physical activity, access to antenatal care, not smoking, engagement in family and community activities, housing quality and whether there is overcrowding, employment and cultural and psychological wellbeing - all of which lay the foundations to health.

Aboriginal and Torres Strait Islander health, like everyone's health, is much more than the absence of disease. It involves physical, social, emotional, cultural, spiritual and ecological wellbeing and fulfilment of potential to contribute to the wellbeing of the whole community. Looking more deeply, we can see the outstanding successes in Aboriginal and Torres Strait Islander primary healthcare services, visual and performing arts, drama, music, tertiary education and sport as examples of early indicators that many people are flourishing.

It is very easy to see only the negative, given the statistics that seem to bombard us. That's unfortunate because it promotes a sense of hopelessness, when what is needed is energy, positive models of change and positive commitment over the long term. There would be great value in capturing these positive changes, in collecting and amplifying the voices of those young people in particular who have made conscious decisions to live well and let these voices join the growing chorus of role models, exemplars and successful ventures in our communities.

Closing the Gap is a great start - and a much needed catalyst for change - but it is necessary to shift the lens towards the kinds of deeper changes that lead to lifelong health, including not smoking. Instead of focusing on the negatives, why not support those effective, community-driven enterprises and programs already having positive impacts, so that the children of our children will again enjoy the great opportunities that life in this magnificent country has to offer. 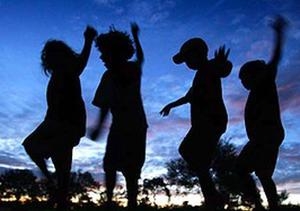