In responding to the needs of communities affected by HIV, it is vital that the response includes not just science and research but also people's social needs, write Andrew Grulich, Cheryl Overs and Peter Higgs. 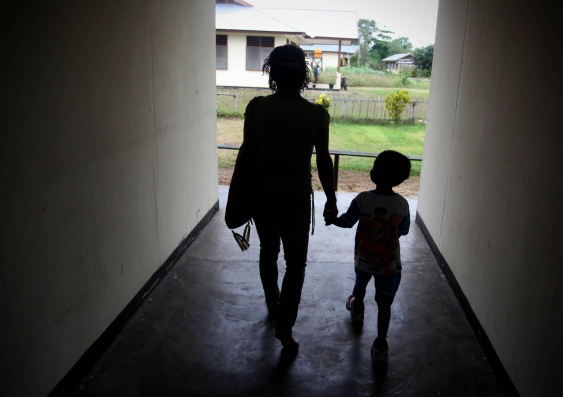 OPINION: The number of new HIV diagnoses in Australia remains the highest in 20 years, according to data released by UNSW’s Kirby Institute.

While rates have remained stable over the past two years, the number of cases detected in 2013 represents a 70% increase on 1999 levels, when HIV diagnoses were at their lowest. In 2013, 1235 new cases of HIV were diagnosed in Australia; in 2012, this figure was slightly higher, at 1253.

There are now an estimated 26,800 people living with HIV in Australia. The Kirby report estimates around one in seven people do not know they have the virus.

HIV is a worldwide issue. But rather than a single, global epidemic, it’s better understood as a number of diverse epidemics that require targeted responses.

UNAIDS’s “know your epidemic, know your response” recognises that the communities most vulnerable to the epidemic are gay and bisexual men, people who inject drugs, and sex workers.

Let’s look at the three epidemics and how they inform responses to HIV – in Australia and around the world.

The last few years have seen a transformation in available biomedical prevention technologies. The implementation of earlier HIV diagnosis and treatment – coupled with pre-exposure prophylaxis (where people at risk of HIV take antiretroviral medication) against HIV and condom promotion – has the potential to drive down new infection rates.

The scale up of this combination prevention-response in the next few years should tell us if we have the ability to turn the epidemic around.

The Australian response to managing the prevention and treatment of HIV among people who inject drugs has involved all key players: government, health professionals, researchers, scientists, community groups and the affected populations, from which there is much to learn. Unfortunately, the response has not been as successful in the wider Asia-Pacific region.

While HIV is largely driven by men who have sex with men in Australia, it is the sharing of drug-injecting equipment that contributes to more cases of HIV across our region than other routes of transmission. In China, around 28% of all people living with HIV have been infected as a result of injecting drugs. In Indonesia, this number is 36%.

Effective drug treatment programs, especially the development of opiate substitution programs is also important for the reduction of frequency in injecting drug use. In Vietnam and China, these programs are being scaled up markedly but they start from a very low base.

Researchers and health-care workers must also respond to the changes in drug use patterns; understanding any shifts from heroin use to amphetamine-type stimulants (ATS) and from smoking drugs to injecting drugs is essential to limiting HIV transmission. The reduction of potential harms can only be achieved if drug users themselves are included at the forefront of the response.

Finally, it is crucial that people who inject drugs are given the same access to HIV testing and treatment. This is a challenge in countries with severe drug-related laws and policies, but is vitally important to controlling the spread of HIV.

The criminalisation of sex work remains one of the most significant barriers to controlling the HIV transmission among sex workers around the world.

Take Indonesia, for example, where 9% of sex workers are HIV-positive, compared with 0.3% of the general population. It has some of the harshest laws against sex work in the region, as well as a variety of broad pornography laws that hinder HIV prevention and education strategies.

This means finding ways to increase HIV testing, educating the community about HIV science, and crucially, convincing clients that condom use must continue. It also means removing the barriers to accessing medical care because the success of biomedical prevention depends on access to testing and treatment.

The 2014 International AIDS Conference, to be held in Melbourne from Sunday, will bring key advocates, scientists and communities together to discuss ideas and research on responses to HIV in these three key vulnerable communities.