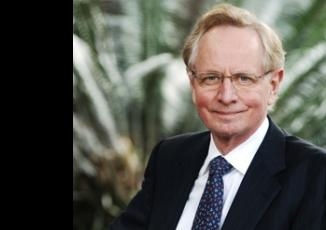 OPINION: If we want to cure cancer we need to think like venture capitalists. We need to recognise that making a real impact in medical research demands big, radical ideas and the willingness to take commensurate risks.

UNSW Medicine's recent breakthrough in the treatment of neuroblastoma, a devastating childhood cancer, and melanoma is an important case in point.

Our researchers doggedly pursued a good idea over many years, 25 years after the pharmaceutical industry and their scientific peers had given up. And they could do so only because of long-term funding support from The Kids' Cancer Project, every cent of which came from the pockets of individuals, families and philanthropists who believed the goal was important to invest against the odds.

The result is a whole new class of cancer drugs that, for the first time, targets the structure of cancer cells. And, in our opinion, we've also demonstrated a collaborative research model for success. The UNSW Medicine team focused on the architecture of cancer cells, a research target initiated somewhat inauspiciously on April Fool's Day, 1980, in the US.

The idea of "collapsing" cancer cells by attacking their internal structure - and so destroying them with much the same kind of efficiency as precisely placed explosives bring down a building - was initially promising. But early research ran aground because cancer cells seemed too similar to healthy cells of the heart and muscles to enable any such weapon to differentiate. The potential ''cure'' was too toxic for the body to be viable.

But the collaboration persisted. Researchers led by Professor Peter Gunning eventually identified a unique building block within the structure of cancer cells that is not present in healthy cells, making it distinct enough to target without putting healthy cells at risk.

The team has now proved that the therapy is effective in animal models for neuroblastoma and melanoma.

Neuroblastoma is an aggressive childhood cancer that has, to date, been resistant to existing cancer therapies. Unlike adult cancers, for which risks can be modified through lifestyle changes like quitting smoking or losing weight, there are no such risk factors for childhood cancers. That means a child's prognosis can only be improved through research advances. This breakthrough will allow clinical trials to save children's lives as soon as 2015.

Consequently a new type of chemotherapy is also on the drawing board that could be used against all kinds of adult and childhood cancers.

It is important to acknowledge this outcome may not have been achieved within conventional research funding models that usually require researchers to reapply and compete for new funding every three years, a process that engenders uncertainty and bites into critical research time. It took the stable working environment of a university and long-term, stable funding from The Kids' Cancer Project to enable the researchers to keep going.

The importance of research is clear when you consider how far we have come in treating cancer. For childhood cancers, we have turned leukaemia from a death sentence into a condition with a cure rate of 80 per cent, and have achieved overall survival rates of 70 per cent. For adult cancers, survival rates more than five years after diagnosis have increased from 30 per cent two decades ago to more than 60 per cent today. And, because cancer will affect one in three Australian men and one in four women by the age of 75, every new advance touches many people.

Public money for medical research is limited and there are many vital research projects competing. But our experience with the benefits of continuous funding through The Kids' Cancer Project suggests there is reason to consider a change in tactics and - at the very least - to introduce longer funding cycles. In medical research there is always a danger of walking away too early - it takes at least 15 years, on average, for an initial medical discovery to start saving lives.

Even a shift to five-year funding periods could meaningfully reduce red tape and cut the amount of lab time swallowed by administration, while injecting more certainty and stability into research projects. We hope our recent success will also embolden more donors to commit to ongoing, long-term research through philanthropic organisations.

For The Kids' Cancer Project, and the many charities with similar aims, the breakthrough is a vindication of the belief of committed individuals in an important, life-changing goal. The next time you buy a raffle ticket or contribute a gold coin to the fight against cancer don't underestimate its importance. It may be a drop in a very large bucket, but it's also part of a research model for success.

Professor Peter Smith is Dean of Medicine at UNSW and Chairman of the research advisory committee of The Kids' Cancer Project.

Medical research too crucial to risk on budget politicking