The number of people dying as a result of opioid use has risen markedly, says a report by the National Drug and Alcohol Research Centre at UNSW Sydney. 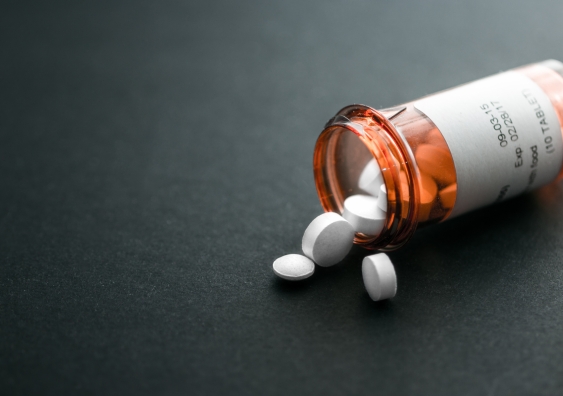 There were 1,045 Australians aged 15-64 who died of an opioid overdose in 2016, with majority of these deaths attributable to pharmaceutical opioids. Photo: Shutterstock

There were 1,045 Australians aged 15-64 who died of an opioid overdose in 2016, according to a report released today by the National Drug and Alcohol Research Centre at UNSW Sydney. The majority of these deaths (76%) were attributable to pharmaceutical opioids.

While the number and rate of amphetamine-induced deaths among Australians aged 15-64 is the highest observed since monitoring commenced (105 deaths, or 0.7 deaths per 100,000 Australians in 2016), it is still substantially lower than that recorded for opioids.

The report, Opioid-, amphetamine-, and cocaine-induced deaths in Australia, includes estimates from 1997 to 2016, with preliminary estimates for 2015 and 2016.

Dr Amy Peacock, program lead for Drug Trends at UNSW, said that the situation in Australia is different to North America.

“Opioid overdoses in the US and Canada are increasing, but the rates they are observing are far higher and there is considerable evidence that illicit fentanyl is driving many of the deaths. Although we are carefully monitoring the situation in Australia, at the moment, there is little evidence to suggest that illicit fentanyl is playing a large part in our opioid overdoses” said Dr Peacock.

“One of the most important and effective strategies to reduce overdoses is increasing the availability of opioid substitution therapy for people who have developed opioid dependence and encouraging engagement and retention in this treatment. We need to ensure that this remains a key strategy in Australia.

“We also need to encourage Australians at risk of having or witnessing an overdose to carry and administer naloxone. This is available over-the-counter in pharmacies and easily administered to temporarily reverse the effects of an opioid overdose, allowing time to seek medical help. The evidence from Australia and internationally to support the establishment of medically supervised injecting centres in areas where rates of overdose are particularly high also cannot be ignored.

“This situation of increasing deaths due to pharmaceutical opioids in Australia has generated a response in the policy space. State and federal governments are considering a range of strategies, rolling out prescription monitoring programmes and other interventions intended to reduce risky opioid prescribing.”

How to reduce opioid overdose deaths in Australia