Male offspring get the most benefit from pregnant mother’s exercise

Male offspring appear to benefit more than females from the positive effects of exercise during pregnancy, a UNSW animal study has found.

Male offspring appear to benefit more than females from the positive effects of exercise during pregnancy, an animal study by UNSW medical researchers has found.

The findings were published today in the journal PLOS ONE.

The UNSW team led by Professor Margaret Morris, Head of Pharmacology from the School of Medical Sciences, examined whether the detrimental effects of maternal obesity on offspring could be reduced by the mother’s voluntary exercise, prior to and during pregnancy. 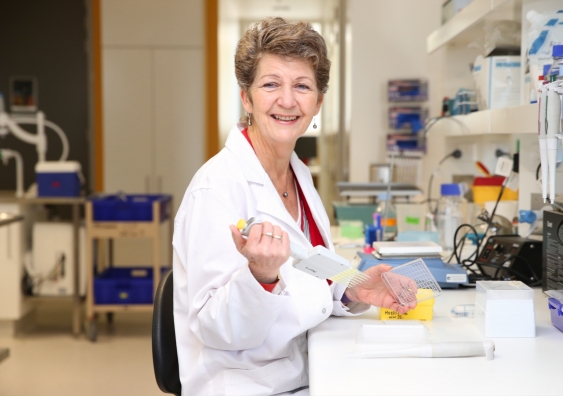 “We hypothesised that voluntary exercise during pregnancy would have beneficial effects on glucose levels and metabolism,” Professor Morris said.

Female rats were fed a high fat diet, including pies, cakes, dim sims and biscuits, for six weeks before mating and throughout gestation and lactation. Half underwent voluntary exercise introduced 10 days prior to mating and available until their offspring were delivered, while others remained sedentary.

Gene expression relating to glucose, metabolism and inflammation in fat and muscle tissue were then measured 19 days after birth.

“Maternal exercise appeared to decrease the metabolic risk induced by maternal obesity, limiting fat deposits around the abdomen in the offspring and improving their insulin and glucose metabolism during the lactation window,” Professor Morris said.

The effects were sex specific, with males appearing to benefit more from maternal exercise than females, the study showed.

“As to why male offspring seem to benefit more than females from the positive effects of exercise during pregnancy, that’s a mystery that we hope to solve with further research.”

“While this study was conducted in rats, the findings are a useful addition to the existing body of evidence that points to the importance of both diet and exercise for pregnant women to ensure the future health of their baby.”

The study was funded by the National Health and Medical Research Council and UNSW’s Australian Centre for Perinatal Science.