Men who feel suicidal often display distinctive warning signs, offering those closest to them significant opportunities to intervene, a study by UNSW researchers at the Black Dog Institute has found. 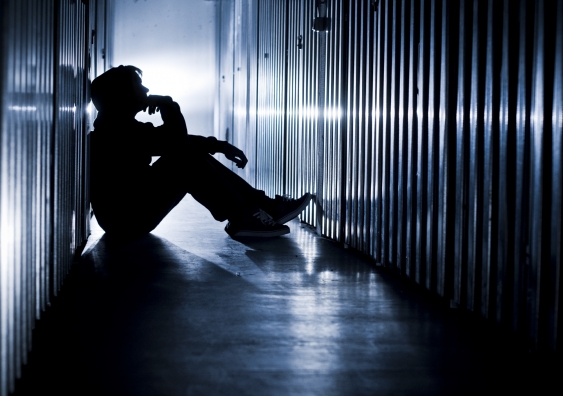 Men who feel suicidal often display distinctive warning signs, offering those closest to them significant opportunities to intervene, a study by UNSW researchers at the Black Dog Institute has found.

The Men’s Experiences with Suicidal Behaviour and Depression Project found there was an urgent need for more and better campaigns to educate the public about the warning signs and how to respond.

Funded by beyondblue and The Movember Foundation, the study was led by UNSW Associate Professor Judy Proudfoot and UNSW Scientia Professor Helen Christensen, chief scientist and director of the Black Dog Institute.

It found four common characteristics among suicidal men: stoic beliefs about masculinity, depressed or disrupted mood, the presence of stressful situations, and a tendency to isolate socially and use coping mechanisms that avoid, prolong or worsen the issues.

“This important research and the four factors for men that it identifies adds to our knowledge and shows that suicidal distress can be observed and identified,” said beyondblue chief executive Georgie Harman.

“These factors interact and lead men to think they are a burden and imposing on others and ‘unmanly’ if they seek help from family and friends when, usually, nothing could be further from the truth.”

The research identified actions family members and friends could take to stop at-risk men attempting suicide, including ‘male bonding’ that prevents a downward spiral happening, and not leaving a man’s side when he is ‘acutely suicidal’.

Almost all of the surveyed men said support from someone they trusted and respected was important in interrupting a suicide attempt. Eight out of ten men said having someone listen with an open mind, rather than simply saying that everything would be OK, had also helped.

Professor Christensen said the results demonstrated that a diverse set of solutions is needed to ensure all people experiencing poor mental health are identified and received help.

“Building on health promotion programs such as beyondblue’s Man Therapy campaign and Movember, we now need to develop and deliver clinical solutions that are accessible to Australian men of all ages and backgrounds,” she said.

More than five men die by suicide every day in Australia, almost double the number killed in road accidents. Australian men are three times more likely to die by suicide than women.

If you think you or someone you care about may be suicidal, you can talk to trained mental health professionals 24/7 via the beyondblue Support Service on 1300 22 4636, via web chat from 3pm to midnight every night at www.beyondblue.org.au/get-support.