There are still many unanswered questions about how the MERS coronavirus is spread in Saudi Arabia, but health systems in all countries should have triage systems to identify travel-related infections. 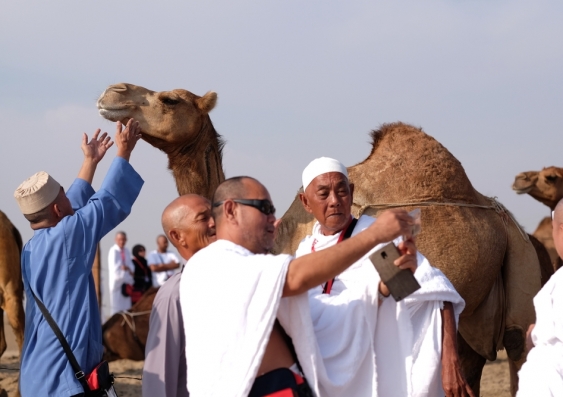 A camel farm outside the town of Makkah is one of the attractions for the pilgrims visiting Saudi Arabia. Photo: Shutterstock.

The need for emergency departments to quickly isolate sick travellers returning from the Middle East until a diagnosis is established is highlighted in research comparing the MERS coronavirus epidemic in Saudi Arabia and South Korea.

The Middle East Respiratory Syndrome Coronavirus (MERS-CoV) infection emerged in the Kingdom of Saudi Arabia in 2012, and has spread to 26 countries, but most cases to date have occurred in Saudi Arabia.

The virus is similar to SARS, causing severe pneumonia, but with a higher death rate. Globally, as of January 2017, at least 659 deaths have been reported to the World Health Organization.

The largest MERS outbreak outside Saudi Arabia occurred in South Korea from May to July in 2015, when a MERS patient who travelled from the Middle East was misdiagnosed in several hospitals in Seoul. Failure to diagnose and isolate the patient resulted in 186 cases and 39 deaths from MERS in South Korea.

This is reminiscent of SARS, and the tale of two cities in Canada: Vancouver, which had good systems, quickly isolated infected patients and did not suffer an epidemic, and Toronto which failed to do so and suffered a large epidemic.

The new research by UNSW PhD candidate Dr Xin (Jessie) Chen compares the epidemiology of MERS in Saudi Arabia and South Korea, and shows a very different pattern in each country.

Published in the Nature journal Emerging Microbes & Infections, the research shows that the MERS epidemic was spread wholly in hospitals and the health system in South Korea.

By contrast, the pattern of spread in Saudi Arabia was more complex, with over 60% of cases having no known exposure to MERS, and the remainder a mixture of exposure to MERS through hospitals, sick patients and animals.

“In Saudi Arabia, the epidemic pattern has been substantially different each year from 2012 to 2015 with no clear seasonality, varying timing of annual peaks and a very unpredictable pattern,” said Dr Chen, a student in the UNSW-led NHMRC Centre for Research Excellence in Integrated Systems for Epidemic Response (ISER).

“One thing that was clear is that healthcare workers are at equally high risk everywhere. There was no difference in risk between the two countries.”

Co-author Dr Abrar Chughtai says: “There are still many unanswered questions about how MERS is spread in Saudi Arabia. The epidemic pattern is highly unusual and does not fit with the known infectiousness of the virus. For most patients, we simply do not know how they became infected. More than half have no known exposure to MERS patients or to camels. More research is required to understand how it is spread.”

Co-author and director of ISER, Professor Raina MacIntyre says: “In a globally connected world, travel is a risk factor for emerging infections, and health systems in all countries should have triage systems to identify travel-related serious infections. Just asking a travel history from every febrile patient will help. An epidemic in one country can spread anywhere in the world. Catastrophic epidemics can be prevented with good triage and isolation protocols in health care facilities.”