Up to two million hepatitis C infections could be averted worldwide in the next ten years if opioid substitution therapy was more readily available to injecting drug users, a study from UNSW’s Kirby Institute has found. 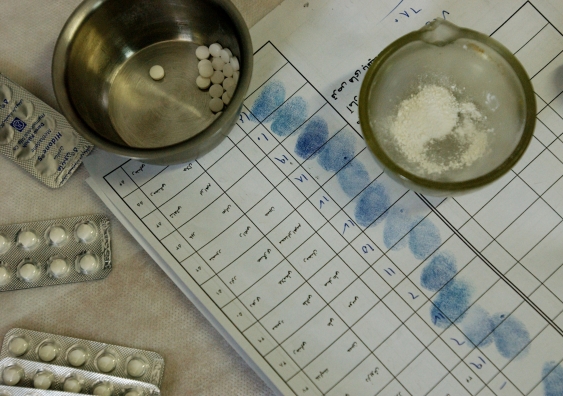 Up to two million hepatitis C infection cases could be averted worldwide in the next ten years if opioid substitution therapy was more readily available to injecting drug users, according to new research from UNSW’s Kirby Institute.

The world-first study found opiate substitution therapy, where methadone and other opioids are administered under medical supervision, can protect against the hepatitis C (HCV) virus in people who inject drugs.

Professor Lisa Maher says this is a very important finding. “Globally only about 8% of people who inject drugs have access to OST. This is appalling when modelling suggests that scaling up OST by 50% world-wide could avert between one and two million HCV infections over the next ten years.”

The Kirby study, which analysed data from participants from three Sydney regions, found that the risk of acquiring HCV was 8% between 2009 and 2011, a marked drop from the 31% risk in a similar cohort between 1999 and 2001.

“This is remarkable decline in HCV incidence among Sydney’s drug users over the past decade,” says Professor Maher.

“The number of people receiving OST nationally has almost doubled since 1998 and this has been accompanied by a concurrent reduction in the numbers of Australians who inject drugs.

“These two factors, combined with increased coverage of Needle and Syringe Programs, especially in NSW, are the likely key drivers of reduced HCV incidence.”

“These results suggest OST should be an essential component of any HCV prevention strategy, however it is not the only answer to HCV prevention,” Professor Maher says.

Co-author UNSW Kirby Professor Greg Dore says to significantly reduce the burden of the virus, antiviral treatment and prophylactic vaccine development for HCV also needs to be scaled up.

“We need to continue to support evidence-based interventions like needle and syringe programs and initiatives like World Hepatitis Day that raise awareness about the importance of prevention, testing and treatment for HCV.”

The results of the Kirby study were presented recently at the recent International Aids Society conference in Vancouver, Canada.