Opioid-dependent patients are five times more likely to die in the first four weeks of treatment if they are prescribed methadone rather than the alternative treatment, buprenorphine, a new study shows. 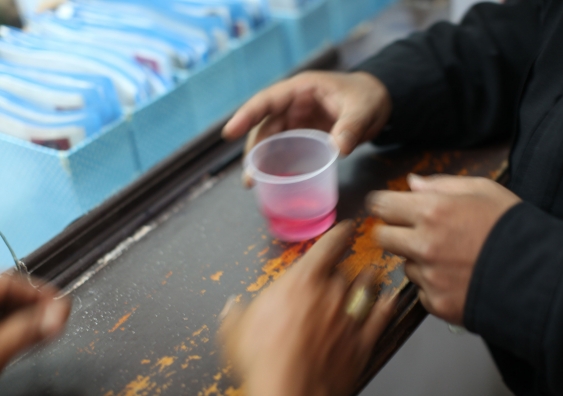 Around 50,000 Australians currently receive opioid pharmacotherapy treatment for dependence on heroin or other opioids. (Josh Estey/Flickr)

Opioid-dependent patients are five times more likely to die in the first four weeks of treatment if they are prescribed methadone rather than the alternative treatment, buprenorphine, a study by UNSW’s National Drug and Alcohol Research Centre has shown.

The study, published today in the journal Lancet Psychiatry, reviewed the records of 32,033 patients who started treatment with methadone, the most commonly used treatment, or buprenorphine between 2001 and 2010.

Patients who started treatment with buprenorphine were less likely to die from any cause, including drug related causes, in the first four weeks of treatment. However, after four weeks there was little difference in risk of death between methadone and buprenorphine.

Around 50,000 Australians currently receive opioid pharmacotherapy treatment for dependence on heroin or other opioids. Around two thirds of these are being treated with methadone with the remainder on buprenorphine, according to figures from the Australian Institute of Health and Welfare.

Buprenorphine is considered to be safer as it is less likely to cause respiratory depression (problems breathing), but patients are more likely to drop out of treatment than with methadone. Both treatments are endorsed by the World Health Organization.

Dr Jo Kimber, study co-author and conjoint researcher at the National Drug and Alcohol Research Centre (NDARC) said buprenorphine is argued to have a superior safety profile to methadone but a higher drop our rate.

“Our data suggests at least at the beginning of treatment for heroin use that buprenorphine has clear benefits over methadone in reducing mortality risk,” Dr Jo Kimber said.

“Opioid substitution therapy is proven to be a cost effective and safe treatment for opioid dependence,” she said. “It not only reduces risk of death but also involvement in crime and imprisonment,” Professor Degenhardt said.

“These findings suggest that one way to reduce risks might be to commence treatment on buprenorphine for the first four weeks and then switch to methadone at a later stage without increased risk.”

Doping among amateur athletes probably more common than you think

Is Australia really being flooded by new killer drugs?