The stimulant methamphetamine is linked to a heightened risk of stroke among young people, a review by researchers at UNSW’s National Drug and Alcohol Research Centre has found. 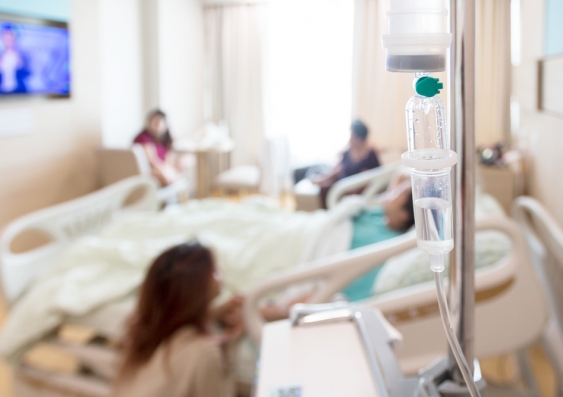 Younger methamphetamine users – those aged below 45 – are at increased risk of a potentially severe and life-changing stroke through their use of the drug, researchers at UNSW’s National Drug and Alcohol Research Centre (NDARC) say.

The heightened risk of stroke among young people is revealed in a review of the available evidence by Dr Julia Lappin, Professor Shane Darke and Professor Michael Farrell, published online in the Journal of Neurology Neurosurgery & Psychiatry.

A stroke caused by a bleed into the brain (haemorrhagic) rather than a clot (ischaemic) is the most common type associated with taking the stimulant popularly known as speed, ice and meth, with men twice as likely to succumb as women.

Methamphetamine-related stroke was associated with poor clinical outcomes, such as vascular abnormalities, in a third of cases. One quarter of individuals completely recovered, and a third died following haemorrhagic stroke.

Given the often disabling or fatal consequences of a stroke, and the increasing use of methamphetamine among young people, particularly in countries around the Pacific rim (North America, East and Southeast Asia, and Oceania), the researchers say the findings are concerning.

“This could happen within hours of use, or after months or years of exposure,” Dr Lappin says. “A stroke can cause death or devastating and long-lasting disability.”

“Methamphetamine users should be alert in both themselves and other users to early signs of stroke such as intense and severe headache, fits, and loss of feeling or function on one side of the body.”

The findings are based on a comprehensive trawl of research on the potential link between methamphetamine use and associated stroke risk in people under the age of 45, and published up to February 2017.

Among healthcare professionals, there is a need for vigilance to methamphetamine use when a young person presents with a stroke.

With methamphetamine abuse likely to make a disproportionate contribution to the increased incidence of stroke among young people, there will be an impact for taxpayers and the healthcare system, Dr Lappin says.

“Stroke is a devastating event which can lead to long-term disability,” she says. “The financial impact is significantly greater when stroke occurs among young people because many more years of productivity are lost.”

“Among healthcare professionals, there is a need for vigilance to methamphetamine use when a young person presents with a stroke. Toxicology screening improves detection of illicit substance use.”

Points from the review: