The first research grants have been awarded for microbiome research to be carried out at a new dedicated St George Hospital-based centre. 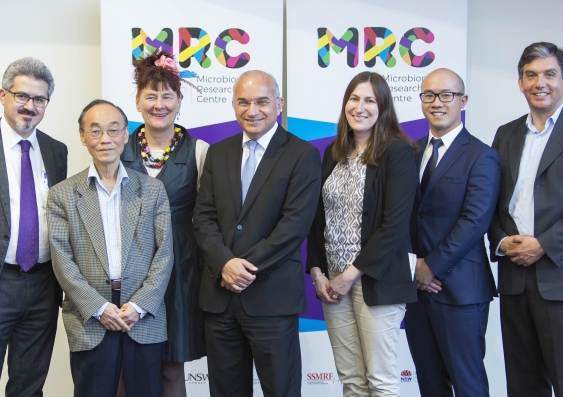 Research on the role of the microbiome in health problems affecting the Australian population has received an injection of almost $1 million from the St George and Sutherland Medical Research Foundation.

The foundation (SSMRF) has been awarded $4 million from the Federal Government to establish the Microbiome Research Centre (MRC) at St George Hospital.

UNSW’s Professor Emad El-Omar, inaugural Director of the MRC, said the grants would get the new centre off to a flying start.

"These grants will provide vital funding to support important research programs that cover four important pillars of research including cancer, maternal and foetal health, infection, immunity and inflammation, and mental health and neuroscience over the next two years," he said.

SSMRF Chair Professor John Edmonds said improved understanding of the microbiome was one of the most exciting developments in medicine over the past decade as it impacted on all aspects of health and disease.

"These grants were highly sought after," he said.

"Applications went through a rigorous process firstly with the SSMRF’s Scientific Advisory Committee and then the final seven applicants were interviewed by a distinguished MRC review panel."

The grant winners were:

Group B strep and having a baby: what pregnant women need to know