The Microbiome Research Centre, a comprehensive world-class facility dedicated to studying the microbiota in health and disease, has opened at UNSW's St George & Sutherland Clinical School. 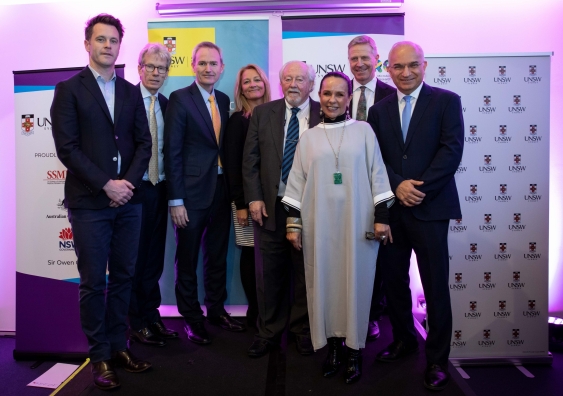 The MRC, a UNSW facility dedicated to research in gut health, is supported by the St George and Sutherland Medical Research Foundation (SSMRF) and the South Eastern Sydney Local Health District (SESLHD). Mr Coleman visited the new laboratories and research facilities, a hub that will bring together multidisciplinary research groups from the St George and Sutherland hospitals, UNSW and clinical schools across Sydney.

"This is a momentous occasion for the MRC. The centre aspires to attract the best and brightest academics to southern Sydney," Mr Coleman said.

The MRC will link scientists and clinicians on one campus to support research programs to examine the impact of gut bacteria on obesity, diabetes, foetal health, allergies and cancer.

The federal government kick-started the MRC with a $4 million grant to the SSMRF in 2017, with an additional $9.5 million in funding from the federal and state governments and from a private benefactor, Sir Owen Glen.

MRC Director and UNSW’s Professor of Medicine at the St George and Sutherland Clinical School, Professor Emad El-Omar, said having a healthy gut is essential to living a healthy life and all Australians will benefit from the MRC’s research findings.

“Improved understanding of the microbiome is one of the most exciting developments in medicine over the past decade and has implications for many aspects of health and disease,” Professor El-Omar said.

“This is the only dedicated human microbiome research hub utilising state of the art science to answer important clinical questions. It is unique in being fully embedded in a large clinical campus,” Professor El-Omar said. 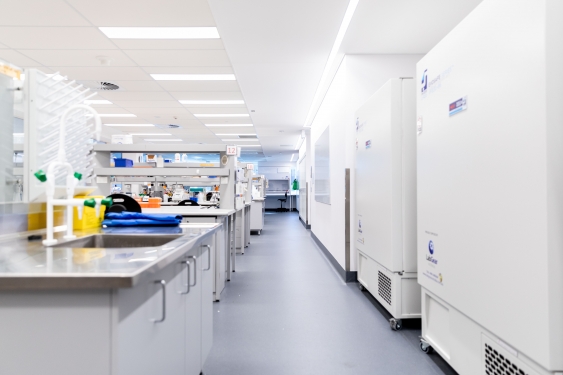 It is estimated that half the Australian population will complain of a digestive problem over the next twelve months with some imbalances in gut microbiota influencing overall health, Professor El-Omar said. Researchers at the MRC will investigate how disturbance in the microbiome occurs, how changes in gut health appear to play a role in health and diseases such as inflammatory bowel disease, type 2 diabetes, allergies and obesity.

The MRC aims to establish collaborations with research groups and clinical campuses across NSW, other states and with international groups.

“These multiplayer partnerships are very important, and the MRC is a real example of disruptive modern science,” Professor Fisk said. “The microbiome has been linked to an extraordinary number of diseases including Alzheimer’s, Parkinson’s, asthma and cancer.”

“With 60 projects already underway at the MRC, this is an outstanding exemplar of a 21st-century clinical partnership of translational cutting-edge science.”

Chair of the SSMRF, Professor John Edmonds, said the MRC has continued its drive to tackle the health priorities of the federal government.

“It uses the National Health Priority Areas (NHPA) as the template for expanding the research collaborations and infrastructure, drawing together the best available talent and expertise locally, nationally and internationally,” Professor Edmonds said.

“Clearly the translational impact of this research will take several years to be fully realised but the agenda is very clear: to improve the health and wellbeing of Australians. Over the past year, the MRC has expanded its collaborative research agenda to include over 60 projects that cut across these NHPA."

How maternal diet could change the infant gut microbiome