Misused and overprescribed: issues with anxiety drug persist despite 2017 policy

Alprazolam – known as Xanax – is still being overprescribed and misused, a big data study has found. 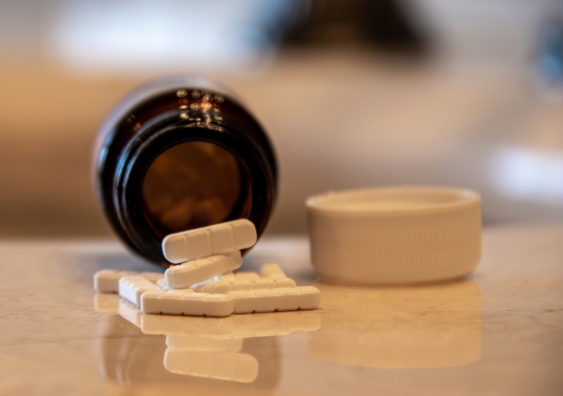 The 2017 changes to public subsidy of Xanax have proved too blunt an instrument for affecting prescribing and misuse of the drug. Image: Shutterstock

A national policy to curb inappropriate use and prescribing of anxiety drug alprazolam – more commonly known as Xanax – has not had the desired effect, a team of researchers led by UNSW Medicine’s Centre for Big Data Research in Health has found.

In their study – published today in JAMA Network Open – the team analysed a range of data sources relating to Xanax prescribing and use, e.g. PBS dispensing databases and calls to a poisons information service.

Tens of thousands of Australians are prescribed alprazolam, a drug of last-resort intended for treatment of panic disorders. People ideally take it for no more than a couple of weeks, rather than chronically.

“In recent years alprazolam has come under scrutiny worldwide due to the drug’s addictive nature and the high risk of fatal overdose when it is mixed with opioids,” says study lead and biostatistician Dr Andrea Schaffer.

“The reclassification of alprazolam to a controlled drug in 2014 resulted in a marked reduction in harms – particularly poisoning – but the same clear-cut change has not occurred following the policy changes in 2017,” Dr Schaffer says.

“While there was a 51 percent decrease in subsidised use of alprazolam after the policy change, prescription approvals went up by 18 percent and people were still receiving large amounts of alprazolam which is not consistent with best practice guidelines. Data from the poisons information centre hotline also shows that there has been little change in poisonings, and suggests people were still obtaining 2mg strength tablets, whether as non-subsidised prescriptions or perhaps on the black market.” 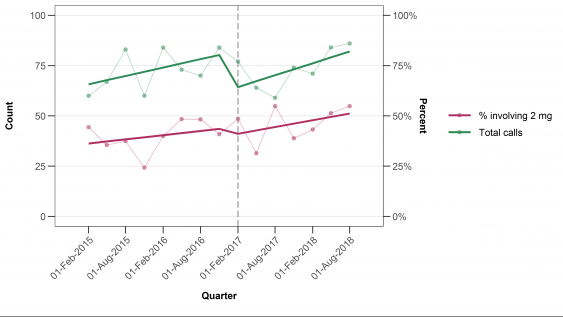 Figure 3 in the paper. Graph of calls to NSW Poisons Information Centre involving alprazolam and proportion of calls involving the 2mg tablet, by quarter

Same difference
The removal of the 2mg tablet strength from public subsidy and reduced pack size did not have the desired effect of reducing misuse.

“It’s likely that many users were able to absorb the out-of-pocket cost, approximately $10 per pack of 50 tablets of 2 mg, and continue acquiring alprazolam through private, non-subsidised means,” Dr Schaffer said.

A previous study in Canada found a similar shift in the market after high-strength opioids were removed from public subsidy, with one in three people accessing the same drugs via private insurance or paying out of pocket.

Today’s UNSW study found reducing the pack size by itself did not reduce the amount of Xanax prescribed and dispensed. The proportion of dispensings for more than 100 tablets quadrupled, while there was little change in the total milligrams dispensed each time.

“Even among people initiating treatment, there was an increase in people initiating with more than 50 tablets, which is concerning as these larger packet sizes come with a greater risk of transition to long-term use and dependence,” Dr Schaffer said.

Step change
Dr Schaffer says the 2017 changes to public subsidy of Xanax have proved too blunt an instrument for affecting prescribing and misuse of the drug. The change targets all people using the drug, even people who are using the medicine appropriately or those at low- or no-risk of harm.

“The evidence shows the policy changes made in 2017 are not the best way to improve use of this medicine and further changes are needed to better address misuse and reduce the risk of long-term dependence,” she said.

“Once you’re on benzodiazepines, and alprazolam in particular, it's very hard to go off of them so I think we need a more multi-faceted approach to curb inappropriate use in the community.

“It’s also important to note that many people are prescribed Xanax for legitimate reasons, for treatment of real pain and disorder, and its addictive properties then lead to problematic use.”

The researchers said future work may include access to data for private market prescriptions.