UNSW medical researchers have shown how a biomarker could help doctors more accurately diagnose one of the rarest types of ovarian cancer. 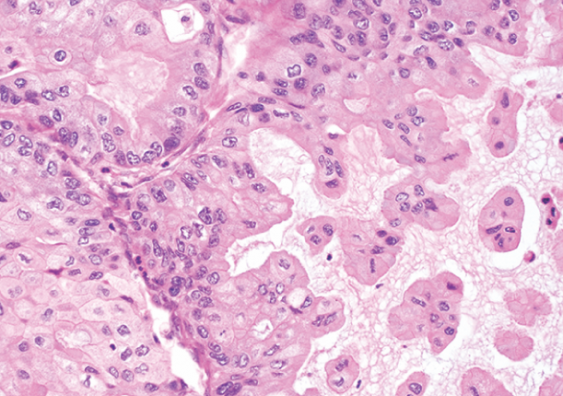 The researchers found that the new biomarker - when it's used in combination with another, established marker - increased the accuracy of the diagnosis. 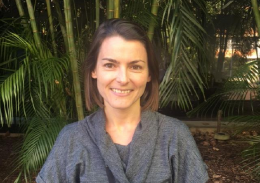 A biomarker could help doctors more accurately diagnose mucinous ovarian cancer – one of the rarest types of the insidious disease, UNSW medical researchers have revealed. Down the track, better diagnosis is hoped to help reduce some of the misclassification that occurs and better inform the treatment options for these women.

In the paper published recently in Modern Pathology– a Springer Nature journal – an international group of researchers led by a UNSW PhD candidate set out to test a biomarker that could help distinguish between mucinous ovarian cancers and colorectal cancers by showing where a tumour had originated.

“For women who are diagnosed with advanced stage mucinous ovarian cancer, outcomes are really poor – there’s no effective treatment for them. But the problem starts even earlier, at diagnosis,” says lead author Nicki Meagher from UNSW Medicine’s School of Women’s and Children’s Health.

“We often don’t know whether the cancer started in the ovary or elsewhere in the gastrointestinal tract – in the colon, pancreas, stomach, for example. That’s because we don't have very good markers to diagnose these cancers properly, which then affects treatment recommendation and women’s outcomes.”

The study that Ms Meagher led looked at that diagnostic aspect – in the hopes of finding a better marker to distinguish between whether the cancer started in the ovary or, in this particular case, in the colon or the appendix.

“We had a cohort of hundreds of tissue samples from an international consortium. They all got stained with a new biomarker, along with some of the other markers that are already used clinically as part of routine diagnosis,” Ms Meagher says.

“We then analysed how well these markers could actually distinguish between tumours. We found that the new marker (SATB2), when it's used in combination with another, established marker (CK7) increased the accuracy of the diagnosis from the standard clinical test’s rate of 89% to about 95%, which is a big improvement.”

The insights from the paper are hoped to help improve subsequent treatment and outcomes.

“For example, today, if a tumour is erroneously thought to have started in the ovary when it actually arose in the colon or appendix, there are really no evidence-based treatment guidelines, and these patients’ ongoing management would be with a gynaecologic oncology team when they should see gastrointestinal cancer specialists.

“It may also open up clinical trial opportunities not otherwise available because there are very few trials for mucinous ovarian cancer, but colorectal cancer trials are more widespread.”

No new treatment approaches since the 1980s

Ms Meagher says that we've been treating ovarian cancer the same way for the past 30 years.

“It's a horrible disease with little improvement in treatment for decades – there are some exceptions for the more common type. The rare types really don't get the attention,” she says.

About 1500 Australian women are diagnosed with ovarian cancer every year. Mucinous cancers are rare subtypes of cancer affecting different organs, usually the colon, appendix and ovary. Incidence estimates of mucinous ovarian cancers vary, but they likely comprise around 4% of all ovarian cancers.

“Ovarian cancer is often diagnosed late because the symptoms can be non-specific. They're just sort of the general symptoms that post-menopausal and peri-menopausal women experience: they're tired and bloated and they think that's just part of being a woman at that age,” Ms Meagher says.

“Mucinous ovarian cancer thankfully presents often at early stage, which is highly treatable. If you only look at the advanced stage cases, survival is effectively the poorest of all ovarian subtypes, so it’s really important we work on improving those women’s outcomes.”

For her PhD, Ms Meagher is collaborating with researchers in more than 10 countries, who all work together to advance research into this hard-to-study cancer.

“The Ovarian Tumour Tissue Analysis (OTTA) consortium is a big international resource – it brings together about 65 different studies and biobanks from all over the world. They all contribute tissue samples and data so that we can analyse them in large number, and that's really important for a rare cancer.

“It also gives me the opportunity to work with international experts across disciplines of molecular biology, pathology, clinical oncology and epidemiology,” Ms Meagher says.

“Susan has brought extensive international experience to UNSW and I am very lucky to be supervised by her,” Ms Meagher says.

Next, Ms Meagher and the international research group is recommending that the marker they found to be so effective should be brought into clinical practice – something Ms Meagher thinks should happen in Australia as soon as possible.

“In terms of getting it into practice in Australia, getting the message out is the next step – I've been speaking to key gynaecological pathologists, to actually know who has access to the marker in Australia, and find out what's involved in getting it used clinically,” Ms Meagher says.

Tamworth local and mum of three Natasha Bird was diagnosed with mucinous ovarian cancer in December 2014, at the age of 51. Natasha felt constipated for about a year and her GP of 30 years told her to drink more water, diet and walk more. However, she kept feeling bloated, lost her appetite and ‘just didn’t feel right’.  When she started to feel pain, she saw a different GP – by chance – who sent her for tests and suspected ovarian cancer.

“I was in in complete shock,” Natasha says. “When the doctor told me it was ovarian cancer, I initially said ‘no, that can’t be right!’”. Within a week, Natasha had surgery with Dr Rhonda Farrell, who removed a 15cm tumour. On Christmas eve, she was given the good news that the cancer was well contained and wouldn’t need chemo – “the best Christmas present ever”.

“I’ve been doing well since then – but I do experience survivor guilt sometimes, which can be challenging. I also had another ovarian cancer scare a while ago – and a case of melanoma! – but both turned out ok.

“Research like this fantastic and gives me hope for the future – I was lucky in that my cancer was diagnosed and treated in time, but that may not be the case for everyone, so Nicki’s work is incredibly important.”