Stimulating the brain with a weak electrical current is a safe and effective treatment for depression and could have other surprise benefits for the body and mind, a major Australian study has found. 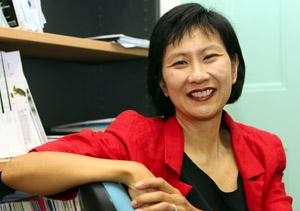 Stimulating the brain with a weak electrical current is a safe and effective treatment for depression and could have other surprise benefits for the body and mind, a major Australian study of transcranial Direct Current Stimulation (tDCS) has found.

Medical researchers from the University of New South Wales (UNSW) and the Black Dog Institute have carried out the largest and most definitive study of tDCS and found up to half of depressed participants experienced substantial improvements after receiving the treatment.

A non-invasive form of brain stimulation, tDCS passes a weak depolarising electrical current into the front of the brain through electrodes on the scalp. Patients remain awake and alert during the procedure.

“We are excited about these results. This is the largest randomised controlled trial of transcranial direct current stimulation ever undertaken and, while the results need to be replicated, they confirm previous reports of significant antidepressant effects,” said trial leader, Professor Colleen Loo, from UNSW’s School of Psychiatry.

The trial saw 64 depressed participants who had not benefited from at least two other depression treatments receive active or sham tDCS for 20 minutes every day for up to six weeks.

“Most of the people who went into this trial had tried at least two other antidepressant treatments and got nowhere. So the results are far more significant than they might initially appear — we weren’t dealing with people who were easy to treat,” Professor Loo said.

Significantly, results after six weeks were better than at three weeks, suggesting the treatment is best applied over an extended period. Participants who improved during the trial were offered follow up weekly ‘booster’ treatments, with about 85 percent showing no relapse after three months.

“These results demonstrate that multiple tDCS sessions are safe and not associated with any adverse cognitive outcomes over time,” Professor Loo said, adding tDCS is simple and cost effective to deliver, requiring a short visit to a clinic.

“One participant with a long-standing reading problem said his reading had improved after the trial and others commented that they were able to think more clearly.

“Another participant with chronic neck pain reported that the pain had disappeared during the trial. We think that is because tDCS actually changes the brain’s perception of pain. We believe these cognitive benefits are another positive aspect of the treatment worthy of investigation,” Professor Loo said.

The researchers are now looking at an additional trial to include people with bipolar disorder, with early results from overseas suggesting tDCS is just as effective in this group.

Anyone wishing to take part in future trials should contact the Black Dog Institute 02 9382 3720, email TMSandDCS@unsw.edu.au or visit the website: www.blackdoginstitute.org.au