Tackling the challenges of the Asia-Pacific’s rapidly ageing population will be the focus of a new research hub launched today at UNSW. 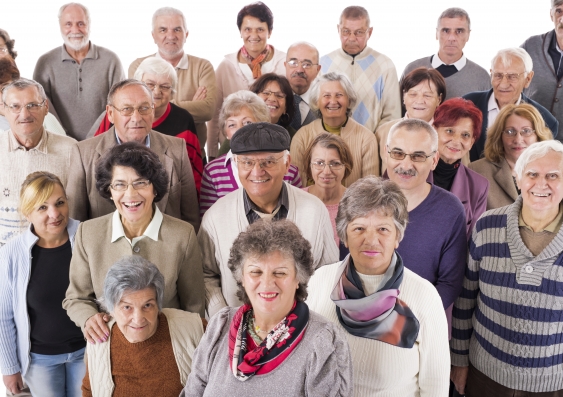 In Australia it is estimated that by 2050 the number of people aged between 65 and 84 will more than double (iStock).

Tackling the challenges of the Asia-Pacific’s rapidly ageing population will be the focus of a new research hub launched today at UNSW.

Led by the ARC Centre of Excellence in Population Ageing (CEPAR) based at UNSW, the Association of Pacific Rim Universities (APRU) Population Ageing research hub will see 45 universities collaborating to help policymakers respond to the social and economic impact of demographic changes in Asia, the world’s most rapidly ageing region.

Research suggests that by 2050 the number of people aged over 65 in Asia will increase from 400 million to 1.25 billion.

The research hub was formally launched today by Professor Les Field AM, Deputy Vice-Chancellor (Research) and Vice-President at UNSW.

Professor Field said the hub will harness the collective research capabilities of its extensive membership to address one of the major social and economic challenges of the 21st century.

“UNSW is proud to have taken the initiative to establish this hub,” he said.

CEPAR Director, Scientia Professor John Piggott, said it is absolutely vital that the changes taking place in the Asia-Pacific and their implications both for Australia and its neighbours are clearly understood.

“CEPAR is looking forward to contributing to collaborative research initiatives with global significance across the APRU network,” Professor Piggott said.

UNSW is hosting more than 40 researchers from 20 countries at the hub’s inaugural symposium this week. It brings together some of the region's leading experts in ageing to consider the challenges and opportunities of the coming decades.

Read more about the symposium here.

Australia is one of the world's best places to retire – or is it?