Children with callous unemotional traits can learn to be more prosocial, a study has shown. 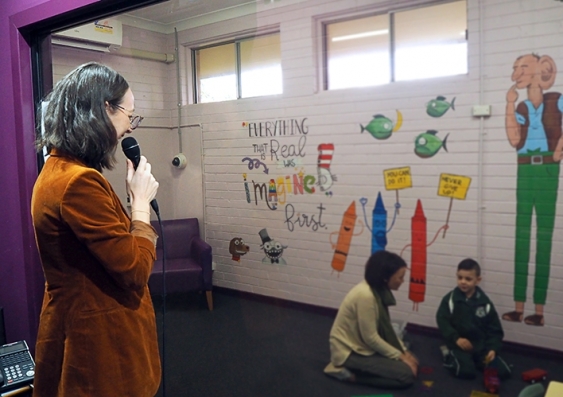 Dr Georgie Fleming stands behind a one-way mirror to coach a parent interacting with her child. Photo: UNSW

Children who display aggressive, destructive and non-compliant behaviour appear to respond positively to a new behavioural therapy aimed at both parents and children, a study by psychologists at UNSW Sydney’s Parent Child Research Clinic reveals.

And the research could give worn-out parents new hope after it was shown the improvements in disruptive and prosocial behaviour learned by the children were more likely to stick well after the treatment program ceased, compared with standard treatment.

In a paper published recently in the journal Behavior Therapy, researchers described how 43 families of children with ‘callous unemotional’ traits (CU) and their parents participated in a randomised control trial that measured the effectiveness of two different therapy programs on the kids’ behaviour.

The children, who ranged in ages between three and seven, were placed randomly in either an existing behavioural treatment program – Parent-Child Interaction Therapy (PCIT) – or a version of this same therapy that was modified by the researchers to target the different needs of children with callous-unemotional traits (PCIT-CU).

They found that both of these programs had a positive effect on the disruptive behaviour problems and callous unemotional traits of the children in each group for the duration of the training. This meant less aggression and fewer violent outbursts, more compliant behaviour, and better ability to show and feel empathy for others.

But when the researchers checked in with the families 12 weeks after the training had ended, there was a stark and noticeable difference between the two groups in how much they retained from the treatment course. 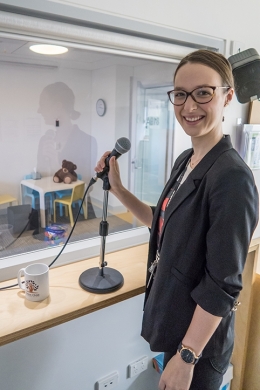 Dr Georgie Fleming says the PCIT-CU therapy is tailored to each family and their circumstances. Photo: UNSW

“For the kids who got the new treatment that we developed, we saw a sustained improvement,” said Dr Georgie Fleming, study lead author from UNSW’s School of Psychology.

“And at the same time, we saw a pattern of deterioration of the children who got the standard treatment.”

Dr Fleming said this suggests that the modifications to the PCIT in the enhanced version seems to have brought about more long-lasting and positive changes in behaviour, something that past therapeutic strategies have struggled to maintain up until now.

She said the enhanced treatment (PCIT-CU) differed from the standard treatment (PCIT) in three main areas which were designed to focus more strongly on the needs of children with callous-unemotional traits.

First, they coached parents to use parenting behaviours that aimed to strengthen the relationship and attachment between parent and child by expressing warmth and affection.

“We explicitly coached parents to be more warm and affectionate when interacting with their kids,” Dr Fleming said.

“Things like sitting closer to their child during play, putting the ‘smile’ into their voice when they praise the child, and doing things that are specifically intended to make the child laugh.”

The second modification was in the area of discipline. Dr Fleming said in standard treatment, there is an emphasis on delivering consistent discipline strategies. But in the case of children with CU traits, this could be counterproductive.

So to guard against making bad behaviour potentially worse, the researchers integrated what they called a ‘structured and individualised token economy system’ into the disciplinary part of the training.

“Basically we identify behaviours that we want these children to do more of. So, things like ‘listen to your parents when they ask you to do something, use gentle hands with your siblings and your friends’.

“And for all the instances where kids are showing what we would call ‘prosocial behaviours’, they get a token – some sort of small reward – which they accrue over time and are able to trade in for a whole menu of different rewards.”

The last modification in the enhanced PCIT-CU treatment was to actively train the children in their emotional skills.

“There is really robust evidence kids with callous-unemotional traits are underdeveloped in being able to recognise particular facial expressions, they’re not as good at picking up when someone is feeling scared or sad. And so we trained them in the micro expressions that we universally show as humans and then built up these skills to get them to a place where they see somebody who’s in distress, and they’re able to respond prosocially.”

Years in the making

The modifications of the PCIT treatment were based on previous research led by senior author, Professor Eva Kimonis, from her pioneering work on the treatment of callous-unemotional traits and aggressive behaviour in young children. The therapy is delivered in a unique environment where parent and child are observed behind a one-way mirror. 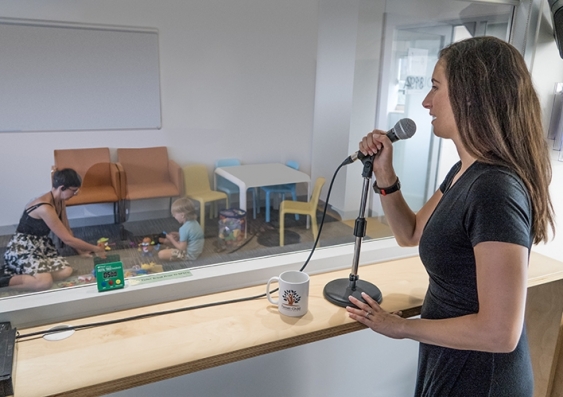 From behind a one-way mirror, Professor Eva Kimonis coaches a parent via a wireless earpiece as she interacts with her child. Photo: UNSW

“The way it works is you’ve got a one-way mirror, and you’ve got your parent and your child playing together, while the parent is using the skills that we’ve taught them with the child,” Prof. Kimonis said.

“And then you’ve got a therapist like Georgie [Fleming] behind the one way mirror, using a microphone to give real-time feedback to the parent via a wireless earpiece the parent is wearing.”

Prof. Kimonis said it’s important to treat children in this subgroup early, as callous unemotional traits can develop into psychopathy later in life for some children.

“There’s this long-standing perspective that the trajectory from callous-unemotional traits to psychopathy is really hard to get kids off, and that once on the path to psychopathy, you’re not amenable to treatment,” Prof. Kimonis said.

“But I think what this treatment does is offer hope that actually we can adjust this trajectory, and these traits are responsive potentially to intervention when we do it young enough. So we don’t believe biology is necessarily destiny.”

After years of researching this sub-group of children, Prof. Kimonis is excited about the results of the latest research and what it could mean for improving the lives of both the parents and the children in families where these early-behavioural problems are causing such heartache.

“This is really novel research, this is the first study where we only recruited this subgroup of kids with callous traits and found that a targeted treatment works better than standard treatment. It’s the first trial that takes this group of kids and says, ‘we can make things better for them and keep them off that pathway down the track’.”

Prof. Kimonis said the latest research is the first step in a multi-pronged plan to enable access to these sorts of specialised treatments for children who otherwise may not get it.

“Step one is working out how we can best get this to the children that need it.

“Georgie [Dr Fleming] is already leading a project based on this research at Ingleburn Public School which ensures kids that have these traits – and their parents and teachers – get access to this program in communities where they are less likely to have access to this sort of help.

“A real novelty of how we’re delivering the program at the school is in involving the teacher to work with the parent to use consistent strategies. This means treatment gains are more likely to extend across home and school contexts.” 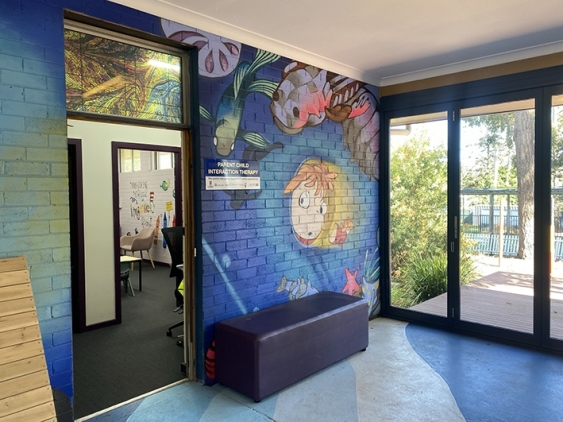 The Parent-Child Interactive Therapy is delivered from dedicated rooms at Ingleburn Public School, while there are plans to install a new clinic at Condell Park Public School. Photo: UNSW

The researchers said they are also looking at other schools and that there are plans to build a clinic at Condell Park Public School as a second site, with both schools serving a network of schools around them.

“The next step is to promote this program in the community of practitioners who do this type of treatment, so we can then expand the learnings out,” Prof. Kimonis said.

Dr Fleming said the beauty of the treatment is it’s not a one-size fits all approach, rather, it’s tailored to each family and child as their needs dictate.

“There is so much room for individualising the way that we deliver the treatment, and we definitely get the sense of what the barriers are for each individual family that are keeping them stuck in this cycle of chronic noncompliance and chronic anger outbursts.”

At its heart, the therapy is a parenting program, but with a difference.

Dr Fleming said: “I have so much empathy for parents when they enter the room. And if we could work together with the parent, using our expertise from the science, and their expertise on their family and their kid, we almost have everything we need in the room to tweak a couple of things so that life becomes a little bit easier for everyone in the family – that’s the goal.”