Applying mild electrical currents to the brain has been shown to be an effective treatment for depression. But could the treatment also benefit people with bipolar disorder? 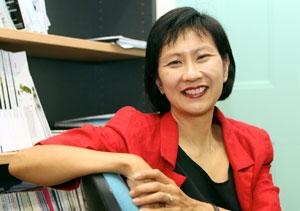 Applying mild electrical currents to the brain has been shown to be an effective treatment for depression. But could the treatment also benefit people with bipolar disorder?

Transcranial Direct Current Stimulation (tDCS) is a safe, non-invasive technique that involves the passing of a very weak direct current into the brain through electrodes on the scalp. Patients remain awake and alert during the procedure.

The largest randomised controlled trial of tDCS ever undertaken, conducted by the University of New South Wales (UNSW) and the Black Dog Institute, recently confirmed the treatment’s significant antidepressant effects.

Now the researchers believe tDCS can improve the day-to-day functioning for people with bipolar disorder, by improving the way they think.

“One of the other things our research showed is that tDCS improves performance on cognitive tasks. Even a single session of tDCS improved people’s thinking speeds,” said research team leader Professor Colleen Loo, from UNSW’s School of Psychiatry.

“This is significant for bipolar disorder because individuals with the illness frequently show deficiencies in their day-to-day functioning, which affects their ability to form relationships, and hold down a job.”

The researchers are currently recruiting participants for the trial, due to begin in Sydney next month.

“We are expecting that tDCS will improve participants’ thinking by ‘normalising’ brain activity in the specific regions of the brain responsible for cognitive tasks,” said Dr Donel Martin, postdoctoral researcher and clinical neuropsychologist.

Following the study, which is sponsored by the US-based Brain & Behavior Research Foundation, further research is planned to develop a therapeutic treatment for people with bipolar disorder.