Two UNSW post-doctoral researchers have been chosen to meet some of the world’s finest minds at the annual Nobel Laureate meeting in Germany. 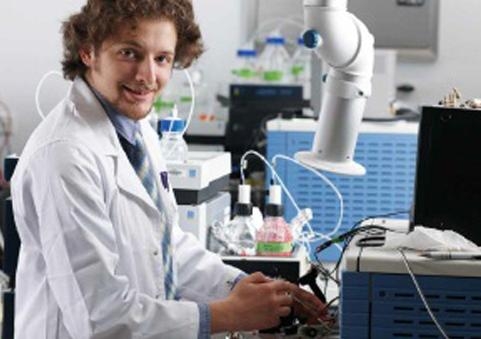 Two UNSW post-doctoral researchers have been chosen to meet some of the world’s finest minds at the annual Nobel Laureate meeting in Lindau, Germany.

Neuroscientist Nady Braidy and optometrist Maria Markoulli are among 15 early career researchers chosen by the Australian Academy of Science to represent the country at the meeting, which has a focus on physiology and medicine.

The 15 Australians will join around 600 young global scientists with the chance to talk to the 38 Nobel laureates at the event.

Dr Markoulli –  a lecturer in the School of Optometry and Vision Science – received a UNSW Early Career Researcher grant in 2013. Her work centres on contact lens research and on the relationship between tear film biochemistry and the ocular surface. She believse that by monitoring the changes in the corneal nerves it may be possible to predict diabetes-related nerve damage earlier.

Dr Braidy, 28, is a National Health and Medical Research Council early career postdoctoral fellow in the Centre for Healthy Brain Ageing. His work investigates the pathobiology of Alzheimer’s disease and is the first to link the decline of one of the longevity genes, NAD+, with ageing. Next, he hopes to show that NAD+ levels can be increased in animal models, possibly leading to a reversal of age-related brain diseases.

Dr Braidy told The Australian he was "honoured and flabbergasted" to be selected, and plans to make the most of the Nobel Laureate opportunity to forge new collaborations.

“We’re already working with one of the leading neuroscientists in South America,” he says. The approach is paying dividends, with several research publications already in the pipeline.

UNSW marine scientist Professor Emma Johnston will also attend the event and take a leading role on International Day – Monday 30 June – which will be hosted, for the first time, by Australia.

Professor Johnston, the inaugural recipient in March of the Australian Academy of Science’s Nancy Millis Medal for Women in Science, will participate in a breakfast forum titled Women in Science: Fixing the leaking Pipeline.

She will be on a panel with two Australian Nobel Laureates – Professor Brian Schmidt of the Australian National University and Professor Elizabeth Blackburn of the University of California – as well as Professor Suzanne Corey, the Academy’s immediate past president.

On the Monday evening, Professor Johnston will give the after-dinner speech, titled Diving into Research, at the International Get-Together social function.

The welcome speech to the dinner will be given by the Minister for Trade and Investment, Andrew Robb.

Synapse discovery could lead to new treatments for Alzheimer’s disease