Patients with hard-to-treat tumours could know within six months whether a cancer drug developed at UNSW is more effective than traditional chemotherapy, allowing them to live a relatively normal life during treatment. 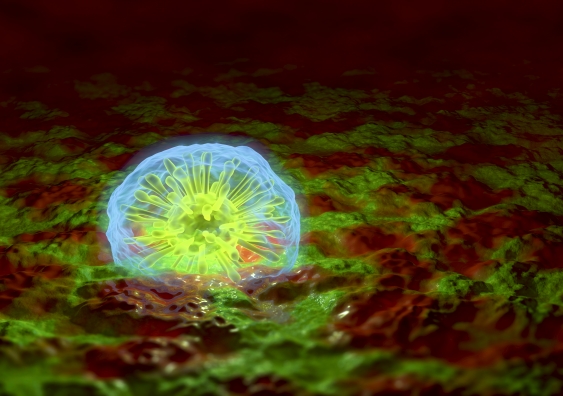 The new cancer drug developed by UNSW researchers is based on a molecule that shuts off a cancer cell’s energy production. (iStock).

Patients with hard-to-treat tumours could know within six months whether a cancer drug developed by UNSW researchers is more effective than traditional chemotherapy and will allow them to live a relatively normal life during treatment.

The drug is part of a study, led by UNSW Professor Philip Hogg, which is investigating new ways of treating solid cancer tumours, including brain and pancreas tumours.

Data from the Australian Institute of Health and Welfare (AIHW) reveals that the five-year survival rate for these cancers has improved by less than three per cent over the past two decades.

The cancer drug is based on a molecule that shuts off a cancer cell’s energy production, which stops the cells dividing and kills them. The molecule has been found safe when used in animals and is now being tested on 22 cancer patients at Royal Melbourne Hospital, Peter McCallum Hospital and the Chris O’Brien Lifehouse in Sydney.

Professor Hogg said that the new treatments selectively target cancerous cells because of the unique way they metabolise glucose to feed themselves and grow, leaving healthy cells unharmed.

“We know that cancerous cells hijack normal systems of cell metabolism to increase their energy. In this process they produce a by-product that essentially poisons the surrounding tissue, allowing them to become immortal and spread,” Professor Hogg said.

Associate Professor Karen Canfell, Director of Cancer Research at Cancer Council NSW, said the findings from Professor Hogg and his team are paving the way for the development of an important class of new drugs that will target the way poor-prognosis cancers are treated.

“This outstanding research is a clear example of the benefits of continued funding into cancer prevention, management and treatment - this is crucial to developing new therapies and procedures that will extend the lives of cancer patients,” Associate Professor Karen Canfell said.

Read more about this story in The Australian.