UNSW's Minoti Apte has been honoured at the NSW Premier’s Awards for Outstanding Cancer Research for her work on pancreatic cancer. 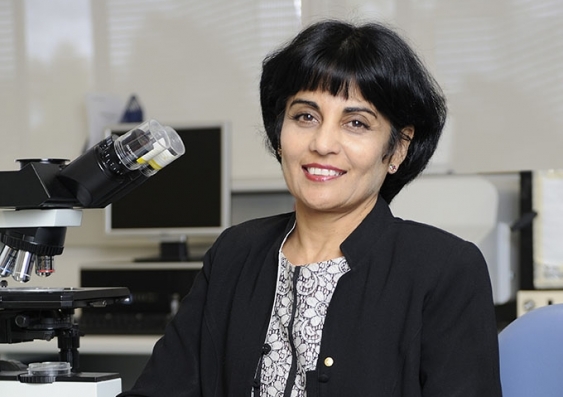 UNSW's Professor Minoti Apte has been honoured at the NSW Premier’s Awards for Outstanding Cancer Research for her work on pancreatic cancer.

As the Director of the Pancreatic Research Group at the Ingham Institute for Applied Medical Research, Professor Apte and her team were the first to show that cells surrounding pancreatic cancer cells, called pancreatic stellate cells (PSCs), actively help cancer cells to grow and spread.

“I am truly honoured and humbled to receive the NSW Premier’s Award for Outstanding Cancer Research,” Professor Apte said.

“This award belongs to my entire research group. I wish to pay particular tribute to my mentors Professor Jeremy Wilson and Professor Ron Pirola and also to my current PhD students Zhihong Xu and Sri Pothula for their tireless work.

“Recognition such as this award inspires us to work harder to continue to develop new approaches for the treatment of pancreatic inflammation and pancreatic cancer,” Professor Apte said.

Professor Apte has received numerous awards and recognition for her research, including the Order of Australia Medal in 2014 and the 2015 NSW Woman of the Year award.