Being exposed to abuse or neglect before age five is the strongest predictor of whether a child will be at risk for future mental illness, a study from UNSW Sydney finds. 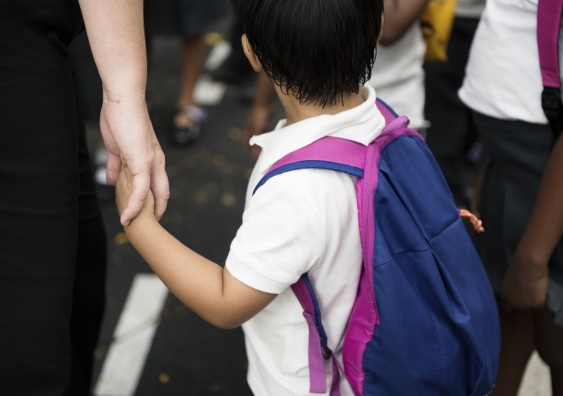 The study used teacher assessments of children in kindergarten, linked with administrative records, and found that being exposed to abuse or neglect before age five was the strongest predictor of whether a child would be at risk for future mental illness.

Associate Professor Melissa Green of the UNSW School of Psychiatry says that while much attention and funding have been directed toward clinical services providing early mental health intervention for adolescents, it is unlikely that this approach alone will reduce the prevalence of mental illness in young people.

Susceptibility to mental illness needs to be reliably detected much earlier in childhood, before the emergence of symptoms, and the study published in the Australian and New Zealand Journal of Psychiatry provides an insight into how this might occur.

The researchers set out to identify patterns of childhood development at age five that may serve as early markers of risk for mental illness.

Using a NSW population of 67,353 children selected from the NSW Child Development Study, they identified four groups of children based on their developmental functioning in the 2009 Australian Early Development Census (AEDC).

The census is conducted triennially by teachers in all Australian schools when children begin kindergarten.

The four groups of children were:

Then, using linked data from NSW Health, NSW Department of Family and Community Services and the NSW Bureau of Crime Statistics and Research, the team examined the background characteristics of these children according to their particular risk profile.

"We found that being exposed to childhood maltreatment before age five was the strongest predictor of membership in any of the three risk profiles," Associate Professor Green says.

"Children in the 'pervasive risk' group were six times more likely to have been exposed to childhood maltreatment, relative to the 'no risk' group. Having a parent with a mental illness, or a parent with a criminal offending history was also strongly associated with early risk."

One major implication of this work is that children at high risk of later mental illness could be detected as early as five years of age by teachers.

This would enable existing school programs in emotional and social health to be refined and better targeted before behaviour problems emerge and become intractable. This would help to prevent what is known as a "cascade" of neurodevelopmental processes leading to poor mental health, and potentially other problems in later life such as antisocial behaviour or poor educational achievement.

"Investment in very early detection and intervention for children at risk could potentially reduce the prevalence of mental illness in adolescence, and save health care and other costs in the longer term," Associate Professor Green says.