The new Centre for Healthy Brain Ageing will help tackle an illness that is the nation’s third leading cause of death, dementia. 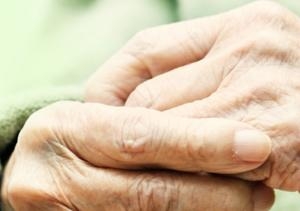 The Centre for Healthy Brain Ageing has been launched at the University of New South Wales to help tackle an illness that affects 300,000 people in Australia and is the nation’s third leading cause of death, dementia.

The Centre - with a focus on healthy ageing to enable Australians to lead active, productive and fulfilling lives - will be led by UNSW Scientia Professors Henry Brodaty AO and Perminder Sachdev AM, dubbed the “dynamic duo” by UNSW Chancellor David Gonski AC, who says the centre brings together a number of visionaries.

“It takes a whole village to do this research,” Scientia Professor Sachdev says.

The centre has been officially launched 123 years to the day since the first Montefiore home opened and on the third anniversary of the death of Don Lane, who had Alzheimer’s Disease and whose son PJ Lane is the centre’s ambassador.

“I’d love to know what it was – why such a brilliant mind was given such a lethal blow,” PJ Lane says of his father’s illness. “I hope this is an exciting wonderful step for research.”

“We have established a new Centre for Healthy Brain Ageing at UNSW. These very generous donations from the Thomas Foundation and the Montefiore Home will enable us to research important issues to tackle one of the most critical global public health challenges,” he says.

The research at CHeBA will be supported by grants from the National Health and Medical Research Council, the Australian Research Council and many other funding bodies including the Viertel Foundation, Alzheimer’s Australia, the Rotary Health Fund and the Rebecca Cooper Foundation.

Mental disorders: debunking some myths of the DSM-5