Scientists have discovered a critical new gene in zebrafish that helps them repair damaged heart muscle. 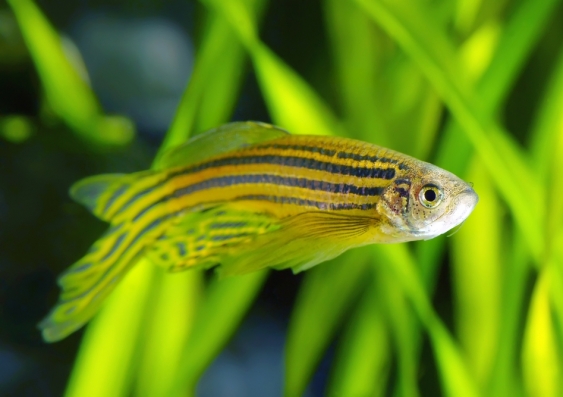 Zebrafish share over 70 per cent of human genes. Photo: Shutterstock

Researchers at the Victor Chang Cardiac Research Institute (VCCRI) and UNSW Sydney have identified a genetic switch in zebrafish that turns on cells, allowing them to divide and multiply after a heart attack and resulting in the complete regeneration and healing of damaged heart muscle in these fish.

It’s already known that zebrafish can heal their own hearts, but how they performed this incredible feat remained unknown until now. In research published this month in Science, the team drilled down into a critical gene known as Klf1 that previously had only been identified in red blood cells. For the first time they discovered it played a vital role in healing damaged hearts.

VCCRI Scientist and UNSW Conjoint Senior Lecturer, Dr Kazu Kikuchi, who led this world-first research, said he was astonished by the findings.

“Our research has identified a secret switch that allows heart muscle cells to divide and multiply after the heart is injured. It kicks in when needed and turns off when the heart is fully healed. In humans, where damaged and scarred heart muscle cannot replace itself, this could be a game-changer," Dr Kikuchi explains.

“With these tiny little fish sharing over 70 per cent of human genes, this really has the potential to lead to new drug developments and save lives down the track.”

The gene works by making remaining uninjured heart muscle cells more immature and changing their metabolic wiring. This allows them to divide and make new cells.

When the gene was removed, the zebrafish heart lost its ability to repair itself after an injury such as a heart attack, which pinpointed it as a crucial self-healing tool.

Professor Bob Graham, Head of the Institute’s Molecular Cardiology and Biophysics Division, says they hope to utilise this world-first discovery, made in collaboration with the Garvan Institute of Medical Research, to transform the treatment of heart attack patients and other heart diseases.

"The team has been able to find this vitally important protein that swings into action after an event like a heart attack and supercharges the cells to heal damaged heart muscle. It’s an incredible discovery," says Prof Graham.

“The gene may also act as a switch in human hearts. We are now hoping further research into its function may provide us with a clue to turn on regeneration in human hearts, to improve their ability to pump blood around the body.”

Importantly, the team also found that the Klf1 gene played no role in the early development of the heart and that its regenerative properties were only switched on after a heart injury.

Professor Graham added:  "This is clear evidence that the regeneration you get after a heart injury is not the same as what happens during the development of the heart but involves an entirely different pathway; an issue that has been debated for years.”

Genetic links to be investigated in ground-breaking heart rhythm research