Sharp rise in cases of new strain of whooping cough

Australia’s prolonged whooping cough epidemic has entered a disturbing new phase, with a study showing the emergence of a new strain capable of evading the vaccine. 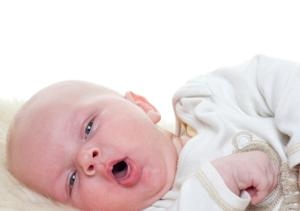 Australia’s prolonged whooping cough epidemic has entered a disturbing new phase, with a study showing a new strain or genotype capable of evading the vaccine may be responsible for the sharp rise in the number of cases.

A team of Australian scientists, led by the University of New South Wales (UNSW),  believe this emerging new genotype (called prn2-ptxP3) of the Bordetella pertussis bacterium may be evading the protective effects of the current acellular vaccine (ACV), and increasing the incidence of the potentially fatal respiratory illness, according to the study published in The Journal of Infectious Diseases.

The new genotype also has been detected in other countries, suggesting it has the potential to spark epidemics elsewhere and should be closely monitored, the researchers warn.

“The prolonged whooping cough epidemic in Australia that began during 2008 has been predominantly caused by the new genotype of B. pertussis,” said one of the study authors, Associate Professor Ruiting Lan, of the UNSW School of Biotechnology and Biomolecular Sciences.

“The genotype was responsible for 31 percent of cases in the 10 years before the epidemic, and that’s now jumped to 84 percent – a nearly three-fold increase, indicating it has gained a selective advantage under the current vaccination regime.

“The vaccine is still the best way to reduce transmission of the disease and reduce cases, but it appears to be less effective against the new strain and immunity wanes more rapidly. We need to look at changes to the vaccine itself or increase the number of boosters,” Associate Professor Lan said.

Last year about 38,000 cases of the life-threatening disease were reported nationally, despite Australians having a relatively high vaccine uptake.

The authors said the increase in the number of whooping cough notifications may be partly due to recent improvements in diagnostic tests, which means that mild or atypical cases in older children or adults are now more likely to be correctly identified. However, this does not explain the marked increase in hospital admissions, especially of very young children who are not fully immunised, in whom the diagnosis is much easier.

The findings suggest that while the current vaccination remains effective against most forms of whooping cough, its use could be contributing to the emergence of new and potentially more dangerous clones, Associate Professor Lan said.

First introduced in Australia in 1997, the ACV vaccination replaced the whole-cell vaccine (WCV), due to concerns about the latter’s side-effects.

“The whole cell vaccine contained hundreds of antigens, which gave broad protection against many strains of B. pertussis," said Associate Professor Lan. "But the acellular vaccine contains only three to five antigens.

“If the ACV is less effective against these new strains, we need to ask what other strategies can be used to combat the epidemic, which is ongoing."

There has been growing concern among public health officials about the rising incidence of whooping cough in Australia. The death rate for babies under the age of six months who catch pertussis is one in 200, according to NSW Health, which says adults and adolescents are at particular risk of contracting the disease and can pass it on to babies who are too young to be immunised.

In NSW, vaccinations are routinely given to infants at two, four and six months. The first dose can be given as early as 6 weeks of age. Boosters are needed at age four and again in high school. NSW Health also recommends that new parents and carers of young infants receive boosters.

The NSW Health fact sheet on pertussis is here.

The UNSW-led research was supported by a grant from the National Health and Medical Research Council (NHMRC).

Read the story in the Sydney Morning Herald.