Opinion So you think you have IBS, coeliac disease or Crohn’s?

Conditions affecting the gastrointestinal tract are common in modern humans and many are on the rise. Here’s what they mean for you, writes Rebecca Reynolds. 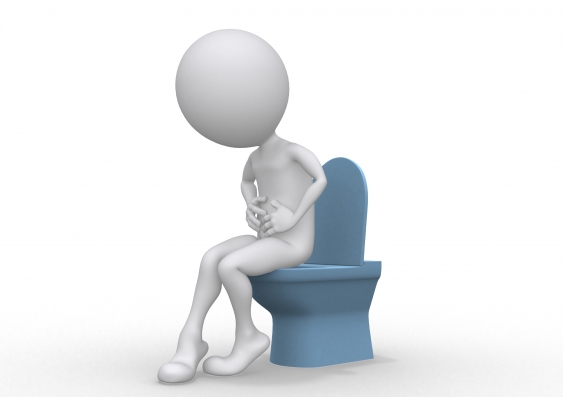 Around one in five Australians suffers symptoms of irritable bowel syndrome (IBS) at some point in their life. (iStock).

OPINION: Conditions affecting the gastrointestinal tract are common in modern humans and many are on the rise. Here’s what they mean for you, writes Rebecca Reynolds.

The gastrointestinal tract extends from the mouth to the anus, via the stomach and the bowels, which include the small intestine and the large intestine (colon).

Around one in five Australians suffers symptoms of irritable bowel syndrome (IBS) at some point in their life. Around one in 70 have coeliac disease (though many don’t know they have it). Inflammatory bowel disease (IBD), which usually manifests as Crohn’s disease or ulcerative colitis, is less common, affecting three in 10,000 Australians.

Coeliac disease is an autoimmune condition in which the body reacts abnormally to gluten, which is found in wheat, oats, rye and barley. (An easy way to remember this is the acronym WORB.) This abnormal reaction to gluten causes damage and inflammation to the small intestine.

Coeliac disease is not a food allergy or intolerance. Some people can be sensitive to gluten, but not have coeliac disease. This is called non-coeliac gluten sensitivity.

In inflammatory bowel disease, the gastrointestinal tract becomes swollen and red from inflammation. Abscesses and cracks can develop in any part of the tract in Crohn’s, while open sores called ulcers usually affect the large intestine in ulcerative colitis.

The causes of these gastrointestinal conditions are not well-understood, but may include a combination of genetic and environmental factors, such as infection, psychological stress and diet. Researchers have reported associations, for instance, between higher intakes of total fat and meat and an increased risk of developing Crohn’s disease and ulcerative colitis.

Suffering from a gastrointestinal condition can be very stressful. Imagine being in constant abdominal pain and your toilet habits alternating between diarrhoea and constipation. Or your gut becoming so inflamed you have to go to hospital.

See your doctor if you suffer from these symptoms, particularly if you’ve had them for weeks or months; don’t wait years. Due to similarities in the symptoms of these gastrointestinal conditions, diagnosis often takes some time. It may also be necessary to investigate bowel cancer as a possibility.

It’s best not to self-diagnose or self-treat. If you remove gluten from your diet and feel better, for instance, that doesn’t automatically mean that you have coeliac disease and need to carefully avoid gluten for life.

Many gastrointestinal afflictions cannot be cured, but can be managed with combinations of medication, diet and psychological treatment.

Thankfully, irritable bowel syndrome can sometimes resolve over time and leave no long-term damage in the gastrointestinal tract. A 2015 review found that for the management of IBS symptoms, an individual’s diet, lifestyle and medical and behavioural factors must be taken into account. Because of a link between IBS and stress, psychological therapy has also been shown to reduce symptom severity and improve quality of life.

FODMAP stands for fermentable oligosaccharides, disaccharides, monosaccharides and polyols. These nutrients are poorly digested and absorbed in the small intestine, and therefore reach the large intestine, where they are fermented by bacteria. A low FODMAP diet and certain probiotics may also help ease IBS symptoms, although the long-term benefits of a low FODMAP diet are unclear.

In comparison, coeliac disease cannot be cured and must be managed with a strict, lifelong gluten-free diet to prevent small intestinal damage. And I mean strict. Even the gluten in a wheat bread crumb can cause bowel injury.

Inflammatory bowel disease cannot be cured and is often managed with medications such as steroids and immunomodulators that control the high levels of gut inflammation. There is currently insufficient evidence to suggest dietary changes can treat inflammatory bowel disease, but future directions may involve manipulation of gut bacteria using combinations of antibiotics, prebiotics, probiotics and diet.

The first step is to find out if you actually have a clinical gastrointestinal problem, which you can only do by consulting with a medical professional and having appropriate tests. Any dietary advice will depend on this diagnosis, as well as your individual situation.

Avoiding FODMAP-containing foods if you have non-coeliac gluten sensitivity or IBS may help ease symptoms and improve quality of life. This means cutting out otherwise healthy, fibre- and nutrient-rich foods, such as apples, onions and lentils.

The total removal of gluten from a coeliac’s diet means a rigid avoidance of not just bread and pasta but also many processed foods, including sauces, stocks, processed meats, ice cream, mayonnaise, vinegar and other products.

It also means shunning foods that are supposedly “gluten-free” but may have been contaminated with gluten by the use of shared apparatus, such as tongs to serve both gluten-free and other cookies in a cafe.

Avoiding gluten if you have non-coeliac gluten sensitivity may not need to be so strict.

For inflammatory bowel disease, the evidence may not yet clear enough to prescribe nutrition therapy, but eating a healthy and balanced diet can’t hurt.

People with gastrointestinal problems may benefit from personalised dietary advice from a health professional, such as a dietitian. There are also several national organisations that provide essential advice and support, such as Coeliac Australia.

Rebecca Reynolds is a lecturer in nutrition at UNSW.