Streamlined genetic testing for women diagnosed with cancer and strategies to improve outcomes for premature babies in Australia were the subjects of the fifth Professorial Inaugural Lectures at UNSW. 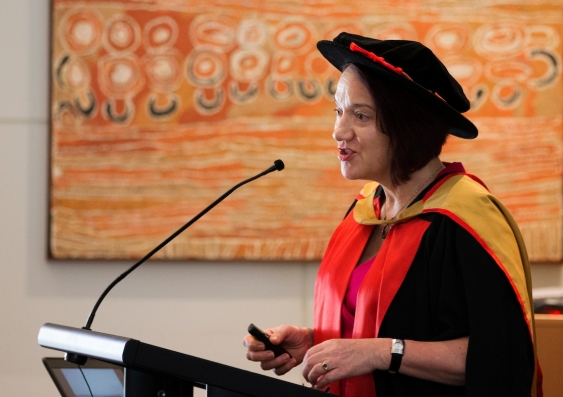 As demand for genetic counselling skyrockets, UNSW researchers are leading a nationwide program to train oncology specialists in how to offer genetic tests to women diagnosed with ovarian cancer.

This year, more than 150 oncology doctors and nurses across 30 hospitals and clinics have been trained to provide genetic testing to women with ovarian cancer that meet certain eligibility criteria, an initiative driven by research led by Professor Bettina Meiser from the Prince of Wales Clinical School, UNSW Sydney.

Her research into streamlined models of genetic education was the focus of Professor Meiser’s lecture 'Vines, genes and a passion for research: Investigating the psychosocial implications of genetics' on Thursday, the fifth lecture by a new professor in the 2017 UNSW Professorial Inaugural Lectures.

Ten newly promoted and recruited professors are taking part in the lectures to mark their achievement, extend topics being taught in courses and showcase their specialist knowledge to colleagues, students, alumni, family and the public.

Professor Meiser’s lecture highlighted the short and long-term psychological and behavioural impacts of testing breast and ovarian cancer susceptibility genes in at-risk women, and how testing at the point of diagnosis can increase detection of mutation carriers, lead to improved patient outcomes and prevention for family members.

“Currently most women with breast cancer and a family history are referred for genetic testing at familial cancer clinics after finishing cancer treatment,” said Professor Meiser. “But as more women are offered testing straight after diagnosis the demand is growing and the so is the burden on the clinics.

“It’s not just people that meet national criteria for testing and have a strong family history, but also those from certain ethnic backgrounds and tumour characteristics that are now eligible for genetic testing,” she said.

She emphasised that the rise in demand means a streamlined model of education is needed at diagnosis.

In May, the American journal Genetics in Medicine published a study led by Professor Meiser that examined genetic education in breast cancer clinics at eight Australian hospitals.

For women who carry faulty BRCA1 or BRCA2 genes there is an increased lifetime risk of developing a new cancer. Identifying if the fault is present when first diagnosed can help patients decide on treatment.

Professor Meiser's research found that brief education by an oncology surgeon or nurse – rather than being referred to genetic family clinic – was a cost-effective way of educating patients.

She said the recent licensing of a new drug, olaparib, which targets ovarian cancer caused by BRCA1 or BRCA2 mutations, would prompt even more widespread testing.

The need for clinician education would only become more apparent, said Professor Meiser, as whole genome testing and polygenic testing increased and highly complex results would need to be communicated to patients. 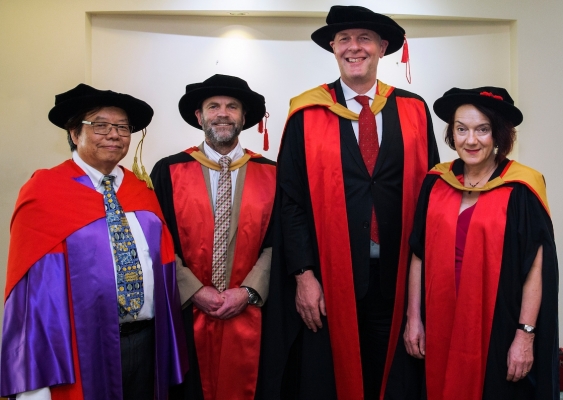 Research into a much younger cohort of patients – premature babies admitted to neo-natal intensive care units – was the focus of Professor Kei Lui’s lecture, 'How are Australia and New Zealand performing internationally in the outcomes of premature babies?'.

Professor Lui, from the UNSW School of Women's and Children's Health and the Royal Hospital for Women, acknowledged Australia’s improvement in the past decade in mortality rates for babies born before 32 weeks, but said incidences of chronic lung disease in premature babies had increased.

In one of the largest multi-national comparisons of more than 130,000 premature babies in ten high-income countries, Professor Lui's research showed that Australia has improved in rates of mortality, brain injuries and eye complications, with mortality rates dropping from 8.6% in 2007 to 7.4% in 2015.

But cases of chronic respiratory disease rose by more than 5% in the same period.

“Australia’s weakest point is in lung complications because of very premature lungs being unable to cope from injuries. We need to address ventilation strategies and how to improve our respiratory support across the board,” said Professor Lui.

He pointed to Canada being the only country to show significant improvements in all outcomes: mortality, lung disease, eye and brain injuries.

The reason for Canada’s success could be partly attributed to EPIQ, said Professor Lui, a type of evidence-based practice that works by combining analysis of data about care in NICUs with tools to help cultural changes within health care centres. For example, EPIQ experts train teams to conduct evidence reviews, gather and analyze data, and manage change and measure outcomes.

“They run annual workshops to train the doctors and nursing champions of how to conduct clinical practice improvement,” said Professor Lui.

"Adopting a similar model in Australia could help stop the rise of respiratory illness for preterm babies," said Professor Lui.

This year new professors from UNSW faculties including Science, Engineering, Business, Art & Design and Medicine will present on topics such as forensic psychology, franchising and the future of ophthalmology. All lectures are free.