A UNSW research trial to examine if e-cigarettes can help smokers quit and a world-first treatment for teenagers with PTSD and substance abuse are among projects to receive major backing in the latest NHMRC funding round. 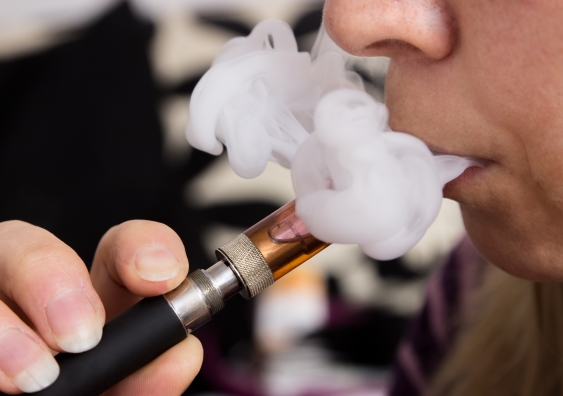 A UNSW research trial to examine if e-cigarettes can help smokers quit and a world-first treatment for teenagers with PTSD and substance abuse are among projects to receive major backing in the latest National Health and Medical Research Council (NHMRC) funding round.

Professor Nicholas Fisk, UNSW Deputy Vice-Chancellor Research, said the result ends the year with UNSW having secured approximately 12% of all NHMRC research fellowships nationally, more than any other Australian institution.

“This is a testament to the quality and trajectory of UNSW’s health and medical researchers,” Professor Fisk said.

Professor Tony Butler and his team, also from the Kirby Institute, received $1.6 million to conduct a follow-up study on the sexual health and attitudes of prisoners.

The first Sexual Health and Attitudes of Australian Prisoners (SHAAP-1) survey conducted in 2007 found no evidence that condom provision to prisoners increased consensual or non-consensual sexual activity in prison, but actually increased safe sex. Prisons in California have since introduced condoms into their prisons using evidence from this survey.

Associate Professor Katherine Mills, also from NDARC, received $945,647 to evaluate a world-first treatment for post-traumatic stress disorder (PTSD) and substance use among adolescents.

Professor Carla Treloar from the Centre for Social Research in Health was the only researcher from UNSW to receive two grants in this round. She was awarded $376,658 to identify factors that improve the health of prisoners who inject drugs and $597,476 to study crystal methamphetamine use, sex and risk practice among gay and bisexual men.

Dr Heather Giddings, from UNSW’s School of Public Health and Community Medicine, was among the 10 UNSW researchers to receive Career Development Fellowships. She was awarded $425,000 to study the health and vaccination records of nearly two million children in NSW and Western Australia to see who is most at risk of vaccine preventable infections and why. The findings will aid development of strategies to target high-risk children and to optimise the benefits obtained from Australia’s immunisation program.

For more information on NHMRC grant recipients, go to the website.