Tamper-resistant oxycodone tablets have no impact on overall opioid use 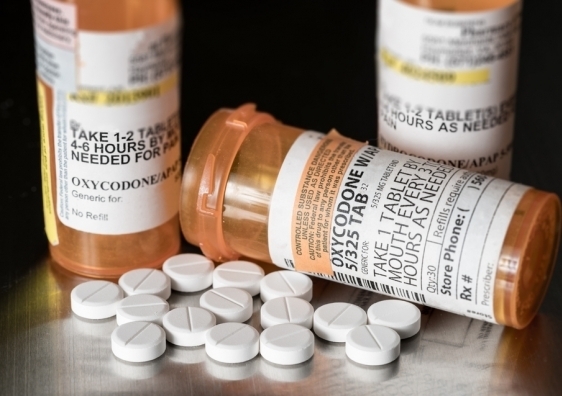 The introduction of tamper-resistant opioid tablets does not have an effect on rates of opioid use or harms at a population level, according to a new study led by the National Drug and Alcohol Research Centre (NDARC) at UNSW Sydney.

A tamper-resistant, difficult to crush formulation of OxyContin, a strong opioid prescribed for chronic pain management, was introduced in Australia in April 2014 in response to growing concerns about its contribution to an increase in opioid use and related harms.

The National Opioid Medications Abuse Deterrence (NOMAD) study – the most comprehensive analysis of the impact of tamper-resistant opioid formulations to date – is published in The Lancet Psychiatry journal.

The study used both sales and health data across Australia, as well as survey data from a cohort of 600 people who misuse pharmaceutical opioids, to measure the new formulation’s impact on population-level opioid use and opioid-related harm as well as opioid use and tampering among high-risk populations.

While the study found that people who inject drugs were less likely to tamper with the tablets, the lack of any significant effect on opioid use or harms highlights the need for a multifaceted approach to opioid overuse.

“Although the introduction of this tamper-resistant formulation resulted in less use of that particular opioid among people who inject drugs, its introduction must be considered as part of a multifaceted response," says NDARC's Dr Briony Larance.

"This includes increasing the availability of non-medication approaches to chronic pain, good clinical practice in long-term opioid treatment, and harm reduction among people who use opioids outside the recommendations of their prescriber.

“Approximately 2.9 million Australians were prescribed an opioid in 2014, compared with an estimated 93,000 people who injected drugs. As a population-wide strategy to reduce harm of overuse or overprescription of opioids, the introduction of tamper-resistant formulations alone will not be sufficient to affect these outcomes,” she says.

The opioid epidemic in the USA is widely documented and similar problems in Australia are emerging, with opioid use in 2012 15 times that reported in 1992. Pharmaceutical opioids cause more than 70% of opioid overdose deaths in Australia – similar rates to the USA.

The NOMAD study analysed a total of 17 data sources including opioid sales data, multiple health datasets, annual surveys of people who inject drugs, and a cohort of 606 people who reported tampering with opioids before and after the introduction of tamper-resistant tablets. Data from three Australian states – New South Wales, South Australia and Tasmania – were included in the study.

The introduction of tamper-resistant oxycodone was associated with a reduction in use among the cohort of people who reported tampering with the tablets to inject opioids, and there was no evidence that this cohort of people switched to other opioids.

There was no effect (positive or negative) on any population-level rates of harms, such as hospital admissions, emergency department presentations or ambulance overdoses.

The authors note that some of the datasets lacked specificity about which type of opioid was being used, which may have affected the results, but point to the strength of the study which lies in the use of multiple datasets.

In a separate editorial published in the same journal, Dr Nabarun Dasgupta of University of North Carolina writes: “The NOMAD study provides the most complete and compelling evaluation of replacing a CR opioid analgesic with a tamper resistant formulation of controlled release oxycodone.”

Misuse of treatment rises in line with chronic pain