Opinion Three persistent myths about heroin use and overdose deaths

Philip Seymour Hoffman’s death has caused old heroin myths to resurface, but we need hard facts if we want evidence-based interventions to help those who are addicted, write Shane Darke and Michael Farrell. 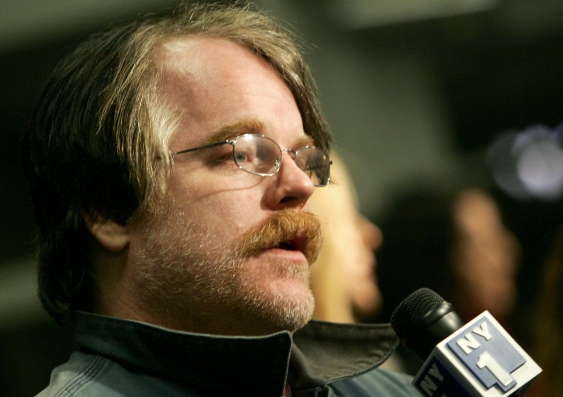 OPINION: Philip Seymour Hoffman’s death earlier this week from a suspected heroin overdose unleashed the usual media coverage of deaths related to this drug. While the actor’s actual cause of death has not yet been determined, it’s important to separate the truth from the myths about heroin use and overdose.

There are few areas as replete with myth as heroin use. Common misconceptions include that this is a problem of young people, that there are a large number of highly functioning “recreational” users of the drug, and that overdose deaths are due to variations in drug purity (or impurities).

The persistence of these myths is intriguing because research evidence from the past 40 years has repeatedly shown all of them to be false.

The myth that heroin is a young person’s problem is based on the belief that people “mature out” of use by their late 20s. This is belied by the fact that a third of heroin users are aged over 40.

In fact, the average age at death from overdose is in the late 30s, and fewer than 5% of cases are teenagers. What’s more, we’re now seeing overdose fatalities aged in their 50s and 60s.

Australian research from 2013 found overdose deaths among 35- to 44-year-olds had risen sharply in the past few years, as had deaths among 45- to 54-year-olds. Indeed, this latter group is the only one where deaths rates are now higher than the 2001 peak of heroin deaths in Australia. After 2001, overdose deaths declined significantly as a result of a heroin shortage.

The most common trajectory is for heroin use to commence in the late teens, and to persist through cycles of treatment and relapse for decades. Some give up early, but they represent less than a tenth of those who take up the drug.

The astonishing chronicity of heroin dependence is one of its most outstanding characteristics.

All those functional injectors

The myth regarding a large, hidden group of highly functional users has no evidence at all to support it; the evidence from treatment, from fatalities, and from epidemiological studies is clear.

The typical picture of an active heroin user is a dependent, long-term unemployed person, with a long history of treatment and relapse, and a history of imprisonment. Heroin is simply not the sort of drug that could be termed “recreational” because very few people use it in a non-dependent, non-compulsive fashion.

If recreational users exist, they are a rare phenomenon.

The purity myth is perhaps the most persistent of all, even though the epidemiological evidence shows quite clearly that variations in purity are only modestly related to the number of deaths.

Deaths are concentrated among long-term users with high opioid tolerance. What’s more, in a large proportion of fatal cases, the concentration of morphine (the major metabolite of heroin) is low.

Indeed, the impurity myth, that overdose deaths are not due to heroin but to toxic impurities, has absolutely no evidence at all to support it.

If there’s one thing we can quite clearly say about heroin deaths, it’s that impurities are rarely, if ever, found or are relevant to the death. Those that are found are typically innocuous substances, such as sucrose.

The substantial rise in pharmaceutical opioid deaths around the world, and the United States in particular, show that opioids of known purity, and with no impurities, are killing increasing numbers of people.

What does kill heroin users is polydrug use. More specifically, the use of heroin with other central nervous system depressants, such as alcohol and the benzodiazepines. Death is due to respiratory depression, from the combined effects of these substances.

While one of these will not kill if taken alone, together they are toxic. That’s why we see a large number of deaths with low morphine concentrations.

Indeed, we recently published research that showed the pharmaceutical opioid epidemic and the toxicology of overdose together illustrate that legalising drugs such as heroin wouldn’t reduce overdose deaths because it’s not purity or impurities that are causing these fatalities.

Myths matter. It’s only by a clear understanding of the life course of heroin dependence, and the ways in which the drug kills, that we can make evidence-based interventions to help people addicted to heroin.