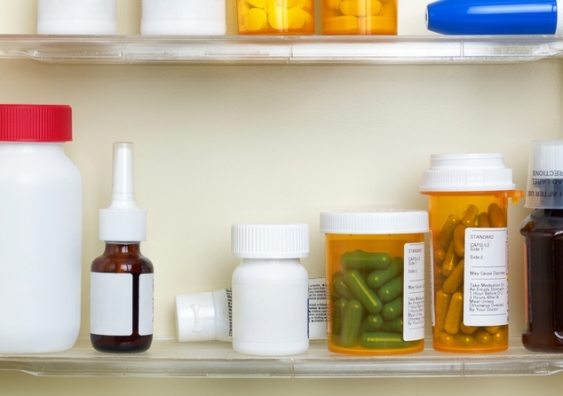 The START (Strategic Timing of antiRetroviral Treatment) clinical trial was recently terminated ahead of schedule because the trial results provided conclusive evidence of the extra benefits of beginning antiretroviral therapy early.

The question of when to start anti-HIV treatment is of great clinical and public health significance.

In the late 1990s, scientists established that antiretroviral therapy was life-saving. But untreated HIV infection takes many years to cause serious illness, so it was reasonable to consider whether delayed treatment might work as well as early treatment in preventing illness and death.

Untreated HIV invades cells in the immune system known as “CD4” or T-cells, and gradually reduces their numbers. Quantifying these cells is an important surrogate marker of immune function for people with HIV.

A person with an undamaged immune system will normally have well in excess of 500 CD4 cells per cubic millilitres of blood. Once the CD4 count drops to below 200, the person is at high risk of developing a range of illnesses known as “opportunistic infections”.

Prior to effective antiretroviral therapy, people with HIV would usually start taking specific preventive medications once their CD4 count was at 200 or below, to avoid common HIV-related diseases. A CD4 count of 350 shows that immune damage has occurred, but it is not yet at the level that HIV-related illness would be expected to occur.

The START study, which involved 35 countries including Australia, showed that people who commenced antiretroviral before their CD4 count dropped to 350 reduced their risk of serious AIDS related illness and other illnesses such as heart and kidney disease – by over 50%.

Antiretroviral therapy targets the replication of HIV, preventing it from invading CD4 cells and allowing CD4 cells to proliferate once more, restoring immune function to some degree.

These days antiretroviral therapy is usually administered as a combination of three drugs that each target HIV. The aim of treatment is to reduce HIV replication in the blood to below the level of detection on the laboratory “viral load” tests.

First-generation antiretroviral drugs such as AZT, the most first and most famous, were effective but associated with quite serious side effects. When AZT was used alone, it reduced HIV replication but did not completely suppress it. This meant it was effective for a while, but then viral resistance would develop.

For those reasons, AZT was effective at extending life for people with advanced HIV disease, but was clinically ineffective when used in people who still had relatively intact immune systems. Resistance would develop and the drug would become ineffective before the time when it could be clinically useful.

So the lessons from the 1990s were that antiretovirals should be used strategically to prolong life, minimise side effects and prevent viral resistance.

As the first generation of combination antiretrovirals used in the late 1990s and early 2000s involved taking many pills sometimes at inconvenient intervals (some with food, some without, some twice a day, some three times and so on), and had difficult side effects, the concept of “drug holidays” emerged: stopping HIV treatment for a period of time.

This concept was tested in a major study to see whether people with HIV could take “structured treatment interruptions” without ill effects on their health. If so, it would reduce the burdens – and the cost – of constant therapy.

Unfortunately this study clearly showed in 2006 that people who interrupted their anti-HIV treatment had a significantly increased risk of developing serious HIV-related illness compared with those who did not. The results of this study have led to a consensus that once a person with HIV begins antiretroviral treatment, it is a life-long commitment.

The current generation of antiretrovirals are significantly easier to take, in that many drugs are now co-formulated to reduce the pill burden, and there are far fewer side effects. Many people experience no ill effects.

With better drugs, the prospect of life-long therapy is less daunting, but nevertheless it was very important to establish whether there was value in starting treatment soon after diagnosis or waiting a while – a question that START has now answered.

At a social level, the findings of START, which show a clinical benefit for people with HIV in starting therapy early, dovetail very nicely with recent findings about the transmissibility of HIV.

In 2011, a major HIV prevention study showed that in couples where one person has HIV and the other does not (serodicordant couples), transmission to the HIV negative partner was reduced by 96% if that positive partner took treatment.

This finding has been backed up by preliminary results of European and Australian-ledstudies.

The Australian HIV sector has worked hard in recent years to remove the barriers to HIV testing and to HIV treatment uptake. This has included:

The stigma surrounding HIV is still likely to dissuade people at risk of HIV from testing, and some of those who have tested positive from taking treatment, given that treatment involves a daily commitment to taking antiretrovirals.

People should never be forced or bullied into beginning treatment before they are ready for that commitment. But they should understand the benefits of making that commitment.

The important role played by community sector organisations in addressing stigma and in showing the nation how people living with HIV are a vibrant, vital and productive part of our community cannot be overestimated in changing entrenched negative social attitudes.

Bridget Haire is a lecturer in public health and ethics at UNSW.

35 Years of HIV/AIDS: How far away is an effective vaccine?