An international study of twins aged 65 and older has unlocked important clues about how genes influence the development of key grey matter structures, paving the way for a genetic blueprint of the human brain. 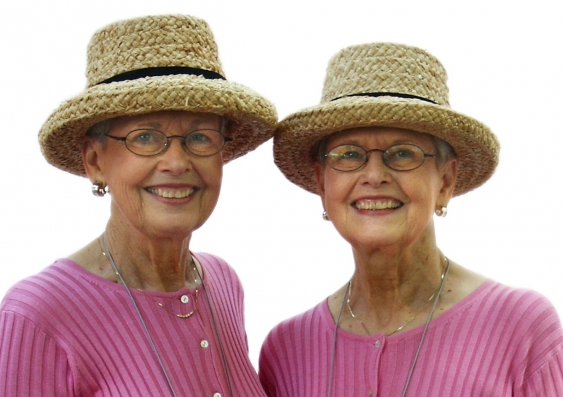 An internationally significant study of healthy twins, 65 years of age or older, has unlocked important clues about how genes influence the development of key grey matter structures, paving the way for a genetic blueprint of the human brain.

A team led by researchers from UNSW Medicine analysed the MRI scans of 322 individuals from the Older Australian Twins Study. The objective was to map the genetic relatedness (or heritability) of cortical and subcortical structures in their brains. These structures are responsible for functions ranging from memory and visual processing to motor control.

“We know that genes strongly underpin brain development,” says lead researcher Associate Professor Wei Wen from the Centre for Healthy Brain Ageing (CHeBA) at UNSW. “But we still don’t understand which specific genes are implicated, or how they contribute to different brain structures.

“In order to identify these genes, we need to first know whether they are shared by different parts of the brain, or unique to a single structure,” he says. “This is the first attempt to examine genetic correlations between all of the brain’s structures, using the twin design.”

The UNSW-led team analysed MRI scans of 93 sets of identical twins and 68 sets of fraternal twins. These participants were all Caucasian men and women without dementia, with an average age of 70, living in the eastern states of Australia. The scientists measured the volume of their brain structures (12 in total) and, using statistical and genetic modelling, determined the heritability for each. Heritability is the extent to which genes contribute to phenotypic, or physical, differences.

● The data suggest that the volume of cortical and subcortical brain structures have moderate to strong genetic contributions (between 40 and 80%);

● The subcortical hippocampus, which play a key role in memory processes, has a genetic contribution greater than 70% in older people;

● Cortical structures, including the frontal lobe (movement, memory and motivation) and occipital lobe (visual processing) have genetic contributions greater than 70%;

● There is symmetry in the brain: corresponding structures in the left and right hemispheres were influenced by the same genetic factors;

● And finally, their data suggests that there are three genetically correlated clusters within the brain. These are regions where the same sets of genes seem to be influencing multiple structures. One cluster involves the four cortical lobe structures, while the other two involve clusters of subcortical structures.

“The presence of these three genetically correlated clusters is the most significant result, and is where the novelty of the work lies,” says Scientia Professor Perminder Sachdev, a neuropsychiatrist and co-director of CHeBA at UNSW.

“It gives us a blueprint for forming a new model of the brain, subdivided into genetically linked structures. This we can apply to the analysis of big data, and use to more effectively hunt for the specific genes involved in brain development.”

Sachdev says the classical twin design is an important tool for understanding whether physical or behavioural traits have a genetic determinant.

Despite finding strong genetic contributions across all structures examined, Sachdev says he was surprised by the low genetic correlation between cortical and subcortical structures. These structures tended to have unique genetic determinants, and were only weakly related.

“It’s a reminder that the brain is an incredibly complex organ, which cannot be treated as a homogenous structure for genetic purposes,” he says.

The researchers are hopeful that their results will lead to progress in the field and a better understanding of the genetic blueprint of the human brain:  “This is one of the crucial first steps that needed to be taken,” says Sachdev.

“It’s a long way away, but if we can understand the genetic basis for variability in human brains, we can begin to understand the mechanisms that cause these differences, and that also underpin the development of diseases in future.”