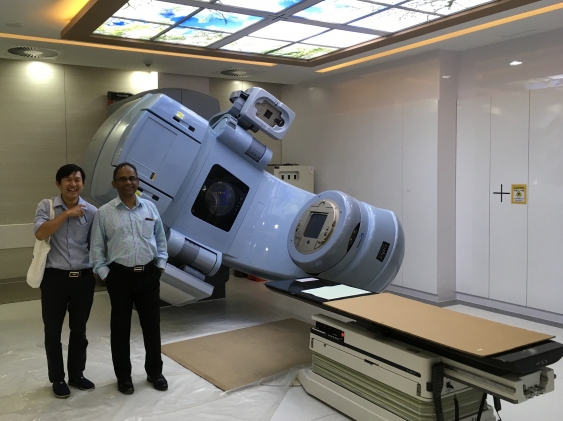 UNSW Medicine’s Mei Ling Yap, a radiation oncologist at Liverpool Hospital, is leading a major training program for radiation oncologists, therapists and physicists at Cambodia’s new National Cancer Centre, the first modern facility in the country to be dedicated to cancer care.

Yap, a conjoint senior lecturer and UNSW PhD candidate, is co-chair of The Royal Australian and New Zealand College of Radiologist’s Asia-Pacific Radiation Oncology Special Interest Group, a team that runs exchange visits, training and education for radiation doctors and staff in low-income countries in our region.

“This is the first centre in Cambodia to use state-of-the-art radiotherapy equipment,” says Yap. “A huge challenge in low-income countries like Cambodia is that they lack the trained specialists to deliver treatment. Training programs in this field just don’t exist, so often a nurse without dedicated radiotherapy skills operates the machine.

"The few radiation oncologists in Cambodia have been using older equipment and techniques, rather than advanced radiation technology that’s available in high-income countries," she says.

For the past two years, Yap and a team of radiation oncology professionals have made regular visits to the new centre at Phnom Penh's Calmette Hospital, and assisted in department design and run training programs for about ten staff there. 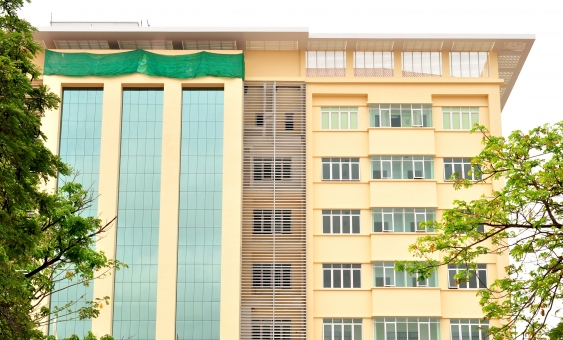 “With competing issues of tuberculosis and malaria, the focus in Cambodia has been on communicable diseases. But now, as non-communicable diseases - in particular cancer - are rising as one of the main killers in Cambodia, effective treatment is crucial,” says Yap, who is working to ensure the new team can deliver safe and sustainable radiotherapy to patients.

Cambodia has a population of about 15 million, with approximately 15,000 new cases of cancer diagnosed each year. Despite half of these patients needing radiotherapy, most people go untreated and their cancer is often undetected until the final stages.

The new centre will include a linear accelerator, the most common modern machine used for external beam radiation, and a brachytherapy machine to treat cervical cancer patients. It will also provide bone marrow transplantation and treatment by stem cell. Until now, Cambodia has only operated one radiotherapy machine, treating about 500 people each year.

The National Cancer Centre is being funded by the Cambodian Government, with additional international support from groups such as the International Atomic Energy Agency (IAEA).

As one of the authors of the study Global Impact of Radiotherapy in Oncology : Saving One Million Lives by 2035, published in Radiotherapy and Oncology, Yap drew attention to the huge deficit of radiotherapy availability in low and middle income countries and affirmed a “call to arms” for the global cancer community to work together to tackle the crisis.

The study led to the announcement of the Global Impact of Radiotherapy in Oncology (GIRO) project, which aims to pursue optimal access to radiotherapy worldwide using a data-driven approach and to close the gap in radiotherapy by 2035.

“The GIRO project is an important collaborative initiative involving groups such as the European Society for Radiotherapy and Oncology (ESTRO), the IAEA, Princess Margaret Cancer Centre and Union for international Cancer Control," says Yap.

As a member of the steering committee of GIRO, Yap will represent APROSIG and the Collaboration for Cancer Outcomes Research and Evaluation at the Ingham Institute. “When we are trying to tackle the urgent issue of the lack of radiotherapy services in low and middle income countries, it is imperative that a collaborative approach such as this is taken," she says. 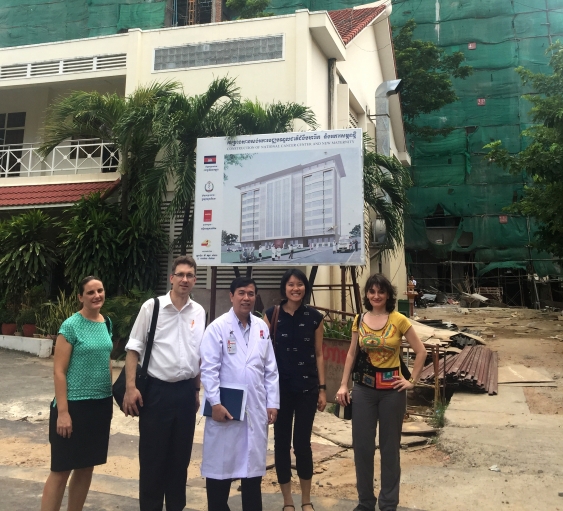 “I’ve always been interested in access to cancer treatment in different countries. Only about 35% of low-income countries have radiotherapy available, but it’ such a crucial and cost-effective component of cancer management,” says Yap.

From February to June  this year, eight doctors and staff from the National Cancer Centre will attend a training program at Westmead and Liverpool hospitals.

Yap’s current PhD at UNSW is using data from the Sax Institute's 45 and up study to determine the radiotherapy utilisation rate in NSW and if any inequities exist in cancer care.