Leading UNSW academics have won 2019 Young Tall Poppy Science Awards for their work in the treatment of pancreatic cancer and the prevention of HIV and sexually transmitted infections. 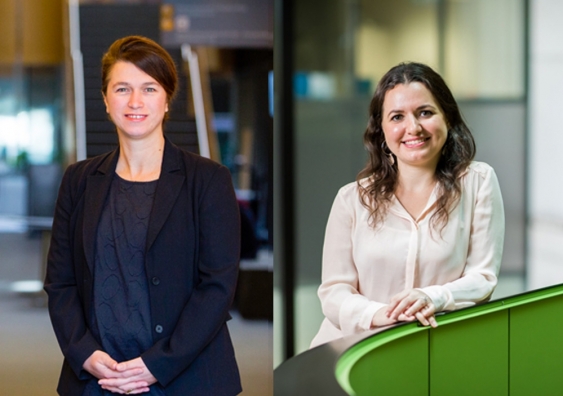 Dr Merlot, based at the Children’s Cancer Institute, has been recognised for her work developing new drugs and strategies to combat some of the deadliest cancers and prevent their spread and adaptation to current drugs. Professor Guy, from The Kirby Institute, has won for her work on the surveillance and evaluation of public health interventions related to HIV and sexually transmissible infections.

The Tall Poppy Science Awards, an initiative of the Australian Institute of Policy and Science (AIPS), acknowledge excellence in research and commitment to communicating science to a broad audience. The awards are held in each state to celebrate researchers across science, engineering and mathematics.

“These Tall Poppies are already helping to promote a scientifically literate society where we can stimulate engaged discourse about the future of our communities and inspire a new generation of passionate researchers,” Professor Maria Kavallaris, Chair of AIPS said.

“A more scientifically engaged society is something every scientist should aspire to and the reason that Tall Poppy winners are so important.”

The 2019 Tall Poppy Science Awards has been the biggest since the campaign’s inception in 1998, with more than 350 nominations from across Australia this year.

Dr Angelica Merlot, a Scientia Fellow at UNSW Medicine, has been recognised for her cancer biology projects that aim to better understand the mechanisms by which pancreatic cancer cells grow and adapt to their environment, why current treatments become ineffective and the development of nanoparticles to improve drug delivery.

Dr Merlot’s research focuses on the endoplasmic reticulum, a type of organelle – or subunit within a cell – that has been shown to help cancers grow, spread and develop drug resistance.

“We are looking at why this organelle and its cellular pathways become over-active in cancer cells and how we can stop this over-activity. This activity has been shown to be a prognostic indicator, positively correlating with aggressive and advanced cancers with a poor prognosis,” Dr Merlot said. 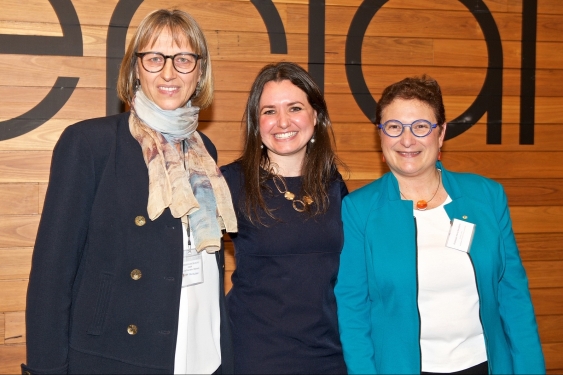 The research is currently in pre-clinical stages, with the team investigating the activity of this organelle in tumours, how it impacts cancer spread and looking at new drugs to target the over-active pathways of this organelle.

Dr Merlot, who leads a team of four at the Children’s Cancer Institute, said she was “very grateful” to receive an award that “gives me another great opportunity to engage with the public about cancer research and continue to encourage more young Australians to explore a career in science. These young scientists will go on to make Australia’s future brighter with their discoveries.”

Professor Rebecca Guy, epidemiologist and head of the Kirby Institute's Surveillance, Evaluation and Research Program, was recognised for her work reducing the social and economic health burden of HIV and sexually transmissible infections (STIs), which requires extensive and effective engagement with policymakers, stakeholders and the public.

Professor Guy implemented the first research to use new point-of-care technology for STIs, which helps young people in remote areas and low and middle-income countries receive treatment for STIs on the same day. She also conducts research to investigate the benefits of using HIV self-tests in the home.

“With diseases such as gonorrhoea, syphilis and chlamydia being on the rise and potentially having significant, lasting consequences, it’s crucial we work towards enhancing testing and treatment across the population,” Professor Guy said.

“While testing technology is becoming more sophisticated, there are still many people who are not being tested. My work aims to remove these barriers.”

As a regular contributor to the media, Professor Guy is raising awareness in the community about how common STIs are, and strategies which are available to prevent the infection and reduce their harms. She has been involved in policy development through membership on the World Health Organization Guidelines Development Group for HIV self-testing and a member of the federal government's advisory body on the response and management of blood borne viruses and STIs.

NSW was the second state to name the 2019 Tall Poppies after the awards season began in South Australia on July 29.