UNSW study on antibiotic resistance finds concern, but no 'epidemic'

Antimicrobial resistance is sometimes called an "epidemic" and some experts predict it will cause 10 million deaths by 2050, but new research puts it into perspective. 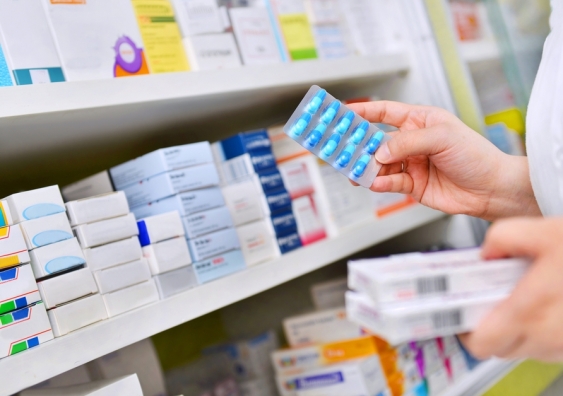 Antimicrobial resistance (AMR) – including antibiotic resistance – has the potential to worsen pandemics or seasonal influenza epidemics like the one now gripping Australia, but should be kept in perspective, UNSW research notes.

AMR happens when microorganisms (such as bacteria) change when they are exposed to antimicrobial drugs (such as antibiotics), and make medicines ineffective. It is gradually increasing, driven by patterns of antibiotic use in animals and humans.

AMR is sometimes called an "epidemic" and some experts predict it will cause 10 million deaths by 2050.

However, in a study published in Archives of Public Health, UNSW Professor Raina MacIntyre and research assistant Dr Chau Bui outline why AMR is not an epidemic, but a serious endemic problem.

"When we examine the pattern, AMR is a chronic, endemic problem. It is not an epidemic condition itself, but may complicate epidemics, which are characterised by sudden societal impact due to rapid rise in cases over a short timescale," Professor MacIntyre says.

"Influenza, which causes direct viral effects, or secondary bacterial complications, is the most likely cause of an epidemic where AMR may be a problem."

Professor MacIntyre developed a risk analysis method for assessing the impact of AMR in a pandemic, which could be used to rapidly assess the risk.

Other possible causes of a pandemic where AMR could be a problem include re-emergent smallpox, as well as genetically engineered or modified organisms. The technology now exists to create viruses or bacteria in a lab or modify existing ones, and to insert or remove certain characteristics, including drug resistance.

The WHO recognises AMR is an increasing concern globally, however it does not feature among its leading causes of death and disability in the world.

In fact, since 2008, non-communicable diseases have overtaken infections globally as the leading cause of disease burden.

While respiratory infections, TB, malaria and HIV remain in the top 10 causes of death, many of these cases occur in countries where antibiotics are uncommon.

Less than 4% of TB is multi-drug resistant, and HIV drug resistance is falling in many countries, including Australia.

"Understanding the epidemiology of AMR is key to successfully addressing the problem," Professor MacIntyre says.

"AMR is a chronic, endemic condition which requires long-term strategies to mitigate."

Thinking about getting the 2016 flu vaccine? Here’s what you need to know