The latest report by UNSW’s Centre for Social Research in Health shows increasing use of HIV medications to prevent the spread of HIV by gay and bisexual men. 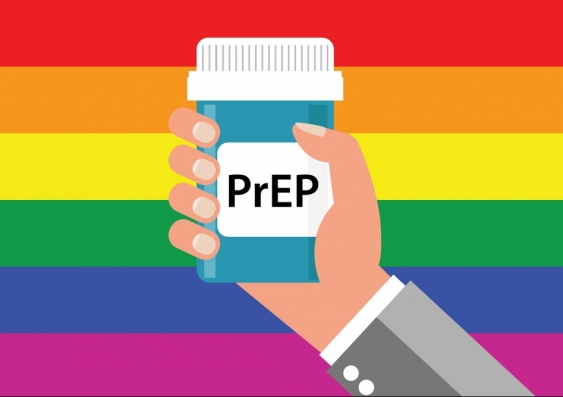 The Annual Report of Trends in Behaviour 2017 released today by the Centre for Social Research in Health (CSRH) at UNSW Sydney finds the proportion of non-HIV-positive gay men who reported pre-exposure prophylaxis (PrEP) use in the six months prior to the annual Gay Community Periodic Surveys increased from 2% in 2013 to 5% in 2016.

The increase was mostly seen between 2015 and 2016, suggesting PrEP uptake was boosted by increased availability through the large state-funded PrEP access programs in NSW, Victoria and Queensland in 2016.

PrEP is HIV medication taken by HIV-negative men before sex to prevent HIV. If taken as prescribed, PrEP stops a person from getting HIV.

Also encouraging was that the proportion of HIV-positive gay and bisexual men on antiretroviral treatment (ART) was at a record high for the second year running, which maintains the health of people living with HIV and also contributes significantly to eliminate HIV transmission.

Nationally, 88% of HIV-positive gay men reported being on ART in 2016. ART uptake has increased significantly over the last 10 years, from 57% in 2007. The proportion of HIV-positive gay and bisexual men having an undetectable viral load (which carries no risk of HIV transmission) has also increased by more than 30 percentage points to 88% (the highest on record), from 56% in 2007.

Key findings from the Gay Community Periodic Surveys show that gay and bisexual men are also taking a number of critical steps to negotiate relationships, sex and HIV risk. These measures include:

"Some gay and bisexual men have gradually moved away from consistent condom use and rely on a range of biomedical and behavioural strategies to reduce HIV transmission," said Dr Limin Mao, the leading author of this CSRH report.

Continued investment in developing innovative approaches to engage gay and bisexual men in HIV and STI health promotion through various online and mobile platforms should be prioritised.

"This should be carefully monitored and interpreted in the context of increased uptake of testing, treatment and PrEP. We need to better understand these rapid changes and ensure health promotion messages emphasise the effectiveness of a combination prevention approach to suit diverse population needs."

Dr Mao also said: "Using mobile apps is one of the most efficient ways to find other male sex partners. Continued investment in developing innovative approaches to engage gay and bisexual men in HIV and STI health promotion through various online and mobile platforms should be prioritised."

For example, qualitative studies from CSRH offer a range of insights for engaging and serving heterosexual-identified men who sometimes have sex with men, young people from migrant and refugee backgrounds, people who are Medicare ineligible, other people living with HIV (adolescents and children) and heterosexual couples with mixed HIV status.

The Director of CSRH, Professor Carla Treloar, summarised: "Our report highlights the need for further concerted efforts to promote a combination of biomedical and behavioural prevention strategies to drive down rates of HIV or STI infection.

"Equally important is the need to support community-based responses to HIV and STIs, and to substantially reduce stigma, discrimination and other structural barriers associated with diverse populations affected by HIV and STIs."