Studies analysing the safety of using quit smoking medication during pregnancy have been few and far between – now, new UNSW big data research sheds light on the matter. 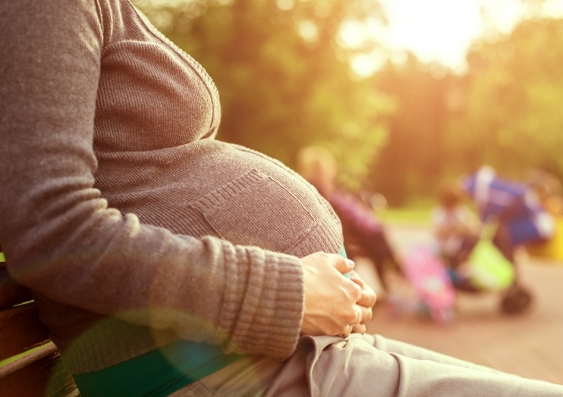 The study analysed data from nearly 100,000 women who smoked during pregnancy, comparing birth outcomes of women who used smoking cessation medication to those who didn’t. Image: Shutterstock

Women who use smoking cessation aids during pregnancy don’t put their babies at a higher risk of adverse outcomes such as pre-term births, a new UNSW study has found. One medication in particular was even shown to reduce the risk of these adverse outcomes.

The study led by UNSW Medicine’s Centre for Big Data Research in Health was published today in BMC Medicine. It analysed data from nearly 100,000 women who smoked during pregnancy, comparing birth outcomes of women who used smoking cessation medication – specifically varenicline, bupropion or nicotine replacement therapies (NRT) – to those who didn’t.

“Women who quit smoking during their pregnancy lower their risk of perinatal adverse outcomes, such as premature births or babies being small for their gestational age,” says Dr Alys Havard, lead investigator of the study.

“We also know that women who have high levels of nicotine dependence might find it really hard to quit, even though they are aware of the potential consequences.

“However, even though quit smoking medication is more effective than behavioural cessation interventions outside of pregnancy, we don’t know a lot about these medicines’ safety and effectiveness in pregnancy.”

The lack of evidence means women and healthcare providers are currently in a bind when deciding whether such medication should be used.

“There’s not enough evidence to say varenicline and bupropion are safe, so they’re not recommended – and the evidence about NRT isn’t clear, with the onus placed on the doctor to recommend whether its benefits are likely to outweigh its risks,” Dr Havard says.

To build this much-needed evidence base, the researchers analysed data from the Smoking MUMS (Maternal Use of Medications and Safety) Study – they looked at a base cohort of almost 100,000 pregnant women who smoked during pregnancy. 233, 1057 and 330 women were exposed to bupropion, varenicline and NRT respectively.

“We found that none of the three quit smoking medicines that are subsidised in Australia increased the risk of adverse outcomes for mums and babies”, Dr Havard says.

“And in particular, one of them, varenicline, which is sold under the brand name Champix in Australia, actually reduced some of those negative outcomes – so babies born to smoking mums who used varenicline during pregnancy were less likely to be premature or to be small for gestational age.”

This is the first time that any benefits of varenicline used during pregnancy have been shown or even examined.

“Almost 3% of infants exposed to varenicline in the first trimester had a major congenital anomaly, compared to 3.5% of infants not exposed to any smoking cessation therapy.

“Congenital anomalies are a really serious outcome that any mum is going to want to avoid. And that's an important consideration when deciding whether to use a medicine during pregnancy.”

Quitting smoking is one of the most important things a mother can do to improve the health of her baby, says Dr Havard, and this research provides additional evidence to inform the decision-making process of pregnant women who find it really hard to quit.

“With every medicine there's always a risk-benefit assessment, and until now, there's been very little evidence to inform that assessment when it comes to quit smoking medication for pregnant women. Now we have a lot more information, especially about varenicline.

“Before this study, it was not known if varenicline had any benefits during pregnancy. Women are already using these products during pregnancy, so obviously there seems to be some perceived benefit over risk there, and this will just help with that assessment going forward.”

The researchers say that this new evidence – particularly around varenicline – provides the impetus to continue the research to investigate the risk of additional outcomes that could not be measured in this study.

“Information on the risk of additional outcomes like miscarriage, specific congenital anomalies and longer-term development of babies would enable women and their doctors to assess the benefits against the whole range of potential risks.”