UNSW Sydney has paid tribute to highly respected Scientia Professor David Cooper, AO after his death at the age of 68. 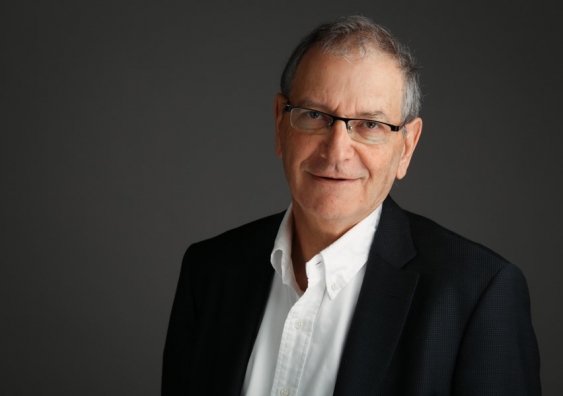 Professor David Cooper was the inaugural Director of UNSW’s Kirby Institute, a leading global research institute dedicated to the prevention, treatment and cure of infectious diseases. He made significant contributions to the University and broader society, with a 30-year career dedicated to research into HIV epidemiology, treatment and prevention that has saved countless lives in Australia and globally.

Internationally, Professor Cooper is recognised as a leading HIV clinician and clinical investigator who authored more than 800 published scientific papers. He was among the first responders when the HIV epidemic reached Australia in the early 1980s and was pivotal in the ongoing fight against HIV.

In the mid-1980s, Professor Cooper’s research led to the first description of the seroconversion illness which accompanies initial HIV infection in many people. He then took a leading role in most of the key trials that ultimately led to the optimal use of life-saving combination treatments that are now widely available to people with HIV all over the world.

“David’s importance as a clinician scientist in the field of infectious diseases cannot be overstated,” the Acting Dean of UNSW Medicine, Professor Tony Kelleher, said. “He contributed to the development of every therapeutic drug used in HIV. All over the world he was respected as a leader, and at home he was an insightful colleague and unparalleled mentor,” continued Professor Kelleher, who is also the head of the Kirby Institute’s Immunovirology and Pathogenesis Program.

In 2003, Professor Cooper was made Officer in the General Division of the Order of Australia (AO) for “service to medicine as a clinician, researcher and leading contributor in the field of HIV/AIDS research and to the development of new treatment approaches”.

One of the world's oldest and best known general medical journals, The Lancet, described Professor Cooper as “Australia's fighter against HIV and discrimination”, and noted that “Cooper’s work has helped transform Australia’s research landscape”.

His quest to remove the stigma surrounding AIDS patients and to share his knowledge on HIV and other infectious diseases to disadvantaged communities symbolise his devotion to the greater good.

Professor Cooper was working right up to the time of his illness, running large-scale international clinical trials to improve HIV treatment, building research capacity in Indonesia and Myanmar, and leading the trial of pre-exposure prophylaxis to eliminate HIV transmission in NSW.

UNSW Sydney President and Vice-Chancellor Professor Ian Jacobs said: “David was a great man who will be deeply missed by the UNSW community. He led the Kirby Institute for over 30 years and in that capacity had a key role in the response nationally and globally to HIV and AIDS.

“David will forever remain a hero to the Darlinghurst gay community where his work on finding an effective treatment for HIV began in earnest. That tireless devotion to his local community had a global impact on the understanding of the AIDS virus and on its containment, worldwide.

“But equally important was the genuine compassion which drove so much of David’s career. His quest to remove the stigma surrounding AIDS patients and to share his knowledge on HIV and other infectious diseases to disadvantaged communities symbolise his devotion to the greater good.

“The Kirby Institute, UNSW, and indeed all who have benefited from his life-saving work, have been fortunate to have the brilliant mind and boundless passion of David Cooper at our service. He has left a void but has also left a solid legacy upon which the Kirby Institute will continue to build.

“Our loss at the Kirby Institute and UNSW is great but David’s family’s loss is unfathomable. Our thoughts at this time are with Dorrie, Becky and Ilana.”