We inherit more than DNA: the extra blueprint layer we can’t live without

An international study has provided compelling evidence that we inherit more than a DNA blueprint from our mothers and fathers – we also inherit vital instructions on how to use this blueprint. 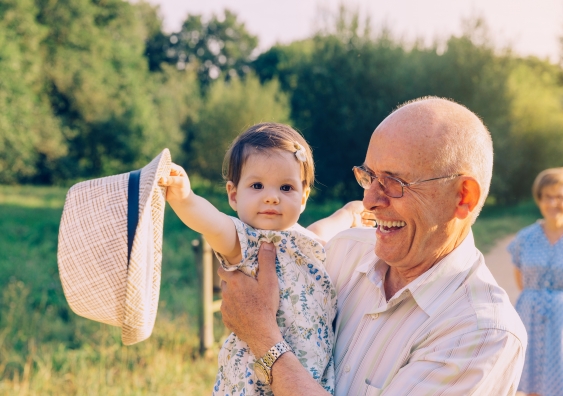 A new research study published today in Science has provided compelling evidence that we inherit more than DNA from our parents.

While DNA is often considered the blueprint of life, this study describes another layer of inherited information that is found within the DNA packaging, giving our cells vital instructions on how to read the blueprint.

The researchers used the fruit fly, Drosophila, to investigate how instructions other than DNA are passed from parent fruit flies to their offspring.

They found that additional instructions are contained in the proteins that package DNA, and that these instructions are not only carried to the next generation, but their inheritance is essential for completion of embryo development and survival.

UNSW Conjoint Senior Lecturer Dr Ozren Bogdanovic, with Sydney’s Garvan Institute of Medical Research, contributed to the study, which was led by Dr Nicola Iovino at the Max Planck Institute of Immunobiology and Epigenetics in Germany.

Epigenetics is the study of changes in gene activity caused by factors other than alteration of the underlying genetic code itself. Epigenetic changes can involve chemical modifications of DNA, or as the researchers studied here, of histones – the proteins that package DNA in the cell.

Dr Bogdanovic, who runs the Developmental Epigenomics Laboratory in Garvan’s Genomics and Epigenetics Division, explains: “Dynamic modifications to the histones that package our DNA occur throughout our life, and we know that these histone changes affect whether our genes are turned on or off," he says.

“Think of epigenetics as an overlay of information for the DNA blueprint, telling our cells precisely when to switch each gene on or off.

“The big question is whether these epigenetic changes can be transmitted to our children – and how.

“Over the past few years, we’ve seen growing observational evidence that environmental influences – diet, stress or trauma, for instance – can lead to changes in individuals that are passed down to their children and grandchildren. However, the biological mechanisms involved are still poorly understood."

The research team zeroed in on a specific epigenetic mark termed ‘H3K27me3’. In the cell nucleus, DNA is tightly packed around many histone bundles, composed of five types of histones. ‘H3K27me3’ signifies chemical modification of histone number 3.

These marks are found in humans as well as fruit flies and are specifically distributed throughout the genome, where they are known to interact with DNA, turning genes off, or repressing gene expression.

The scientists used an advanced genome-wide method called ChIP-seq, which sequences a cell’s DNA and precisely maps the location of bound proteins. They found that the histone marks were present throughout the genome in newly fertilised fruit fly embryos, indicating that the embryos inherited the pattern of marks from their parents.

The researchers were then able to delete the histone marks from embryos by blocking the cellular enzyme that deposits the marks and were very surprised by their findings.

“Embryo development simply couldn’t progress without these epigenetic marks, meaning H3K27me3 is not only inherited, it is an essential regulator of development and vital for embryo survival,” says Dr Bogdanovic.

“In reproduction, when an egg is fertilised by a sperm cell, it undergoes extensive epigenetic reprogramming and, for a long time, it was assumed that any epigenetic traces from the parents were wiped away, leaving a clean DNA slate.  This study definitively shows that this is not the case – we need some parental epigenetic traces to be left behind.

“Without this extra level of information, cells can’t interpret the DNA blueprint, and an organism cannot form.”

This is one of only a very few conclusive reports to demonstrate epigenetic mechanisms of transgenerational inheritance in animals, and the first one to comprehensively reveal the biological consequences of the loss of such a mechanism.

The research was performed on fruit flies, which have many biological mechanisms that are very similar to those in humans.

Dr Bogdanovic explains: “Thousands of fruit fly genes have human equivalents, so it is likely that what we observe in fruit flies is also happening in some way in people.”

Human DNA contains approximately 20,000 genes, which are programmed to produce an estimated two million types of proteins. Deciphering how the epigenetic mechanisms of controlling these genes are inherited down through generations is a growing area of research.

“We are just beginning to understand these mechanisms; until now, the role of histone modifications has been largely overlooked. While H3K27me3 plays a role in early embryo development, it is likely just one of many histone marks that can be transmitted down through generations, and others are likely to affect different stages of development, different organs or different biological processes,” says Dr Bogdanovic.

Professor Susan Clark, Head of Garvan’s Genomics and Epigenetics Division and President of the Australian Epigenetics Alliance, says the findings have far-reaching implications.

“This works signifies a huge step forward in our understanding of transgenerational epigenetic inheritance and may in part explain how the food we eat, the stresses we endure and our overall lifestyle could impact on the health of future generations,” Professor Clark says.

“We are delighted that Dr Bogdanovic has recently moved to Garvan to establish his own laboratory, where he and his team will continue to investigate the role of epigenetics in human health.”

A one-two punch for pancreatic cancer: ‘softening’ tumours before chemo