Opinion What’s the price of a hepatitis C cure? 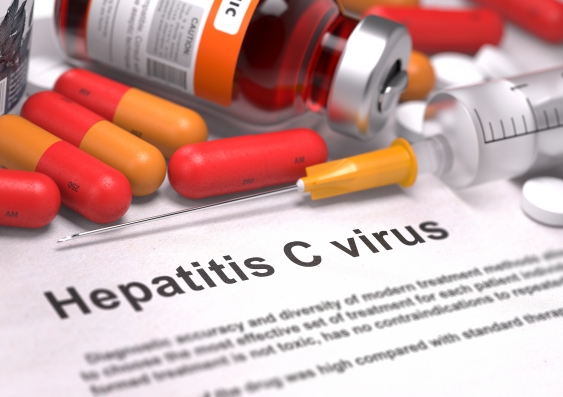 Complications of hepatitis C include cirrhosis, liver failure and liver cancer. Ensuring broad access to these ground-breaking therapies, including sofosbuvir, is vital to reduce liver deaths and prevent new infections.

How does it work?

The direct-acting antiviral drugs work by blocking the action of specific proteins or enzymes in the hepatitis C virus, which are essential for the virus to replicate and infect liver cells. Sofosbuvir blocks the action of an enzyme called “NS5B RNA-dependent RNA polymerase”.

In a major therapeutic advance, on June 28, 2016, the US Food and Drug Administration (FDA) approved a combination of sofosbuvir with another direct-acting antiviral velpatasvir (Epclusa®). Velpatasvir acts by blocking a different protein, the “NS5A” enzyme. Regardless of hepatitis C strain, this “one pill, once a day” treatment for 12 weeks has the potential to cure more than 95% of people infected with hepatitis C, including people with cirrhosis.

Sofosbuvir is very well tolerated. The most common side effects seen with the combination sofosbuvir/ledipasvir (another direct-acting antiviral that blocks the “NS5A” enzyme) are fatigue and headache.

Sofosbuvir was approved for treatment of chronic hepatitis C (as one part of combination therapy) by the US FDA in December 2013 and the Australian Therapeutic Goods Administration in August 2014.

In 2016, Australia provided broad, government-subsidised access to these new treatments for all people living with chronic hepatitis C. The initial enthusiasm for the treatment has been astounding. An estimated 22,470 Australians started hepatitis C treatment between March and June 2016.

In an effort to expand access to treatment in Australia, hepatitis C virus direct-acting antivirals can be prescribed by both specialists (gastroenterologists, hepatologists or infectious diseases physicians) and general practitioners, and can be dispensed by both community and hospital pharmacies.

Pharmaceutical company Gilead launched sofosbuvir on December 6, 2013, for the wholesale cost of US$1,000 (A$1,317) per 400mg tablet. The cost for the sofosbuvir component of a 12-week treatment course is US$84,000 (with the total cost of treatment dependent on the other medication or medications used in combination with sofosbuvir).

In 2014, sofosbuvir generated US$10.3 billion in sales. While the high cost of treatment has come under scrutiny, Gilead’s executives said “price is the wrong discussion … value should be the subject". Drug companies appear well aware such innovative treatments for hepatitis C will be well sought after regardless of cost.

In Australia, sofosbuvir is available through the Pharmaceutical Benefits Scheme for A$38.30 a month, or A$6.20 if you have a concession card.

The high cost of sofosbuvir has been a major barrier to widespread use and treatment of people with chronic hepatitis C infection, even in high-income countries. The high cost has given rise to community dissent with lobbying from large international organisations, including Medecins San Frontieres and the Joint United Nations Program on HIV/AIDS (UNAIDS), to secure access for low- and middle-income countries.

Facilitating global access to safe, effective direct-acting antivirals will herald a revolution in hepatitis C management. Elimination of hepatitis C as a major global public health issue is possible, if we have the political and financial will to expand access to this therapy to all populations with hepatitis C.

Although expensive, these new treatments will be cost-effective in the long term with the ability to prevent both liver-related deaths and new hepatitis C infections. Central to unlocking the public health potential of sofobuvir and other hepatitis C direct-acting antiviral drugs is liberal access to hepatitis C care and treatment.

Professor Greg Dore is is Head of the Viral Hepatitis Clinical Research Program at The Kirby Institute at UNSW and an Infectious Diseases Physician at St Vincent’s Hospital, Sydney.

Marianne Martinello is a Research associate at The Kirby Institute, UNSW.