What is to blame for childhood cancer? We often misunderstand the reality

A new study by UNSW medical researchers sheds light on an understudied area – community beliefs about what causes cancer in children. 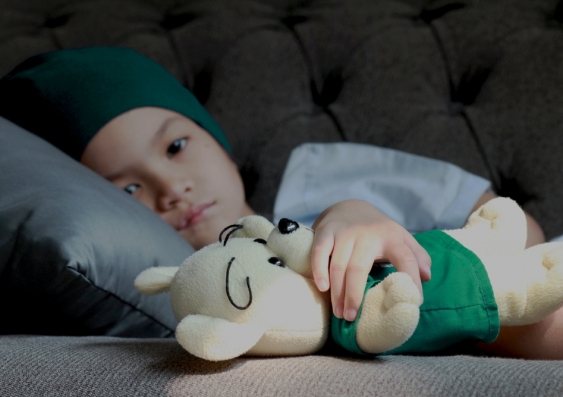 Most members of the community who have not been affected by childhood cancer mistakenly believe that childhood cancer is caused by genetic or environmental factors, rather than simply bad luck, a new study by medical researchers at UNSW has shown.

The study – published in Acta Oncologica this week – explores survivors’, their parents’ and the community’s views on causal attributions. Its findings will be crucial to address misconceptions, offer access to services and adapt current and future health behaviours.

“Many adult cancers are caused by lifestyle, genetics, aging and the environment. In contrast, it is still mostly unclear what causes childhood cancer, and community views on causes are an understudied area, too,” says study lead author Dr Janine Vetsch from UNSW Medicine.

“Few childhood cancers are attributed to genetics or environmental factors, so when children are diagnosed with cancer, families often wonder ‘why me/why us’?

“They then go on to wonder whether there is anything they could have done differently during pregnancy or early childhood, and sometimes they even develop their own – non-evidence based – beliefs, which can be unhelpful and may influence their coping.”

It is important to understand the illness-related attributions of patients and healthy members of the community as their views may influence health outcomes by prompting different health behaviours.

'Around one in five families did believe that environmental factors and genetics played a role, despite only limited available scientific evidence.'

In this study, the team investigated the beliefs of more than 600 participants – parents and childhood cancer survivors – about the causes of childhood cancer, and compared them with beliefs of 510 members of the general population.

“We found that more than seven out of 10 childhood cancer survivors and survivors’ parents believed that chance or bad luck caused the child’s cancer, so most parents and survivors seem to understand that there is nothing they could have done to prevent the cancer,” Dr Vetsch says.

“It looks like healthcare professionals are successfully helping most families arrive at that view.

“However, somewhat worryingly, around one in five families did believe that environmental factors and genetics played a role, despite only limited available scientific evidence.”

Amongst the wider community, beliefs about childhood cancer causes were very different.

“Members of the general community, that is, without a child with cancer, more frequently endorsed that genetics (75.3%) and environmental factors (65.3%) played a major role in childhood cancer, and less often attributed bad luck/chance,” Dr Vetsch says.

“These sorts of views can lead to stigma, so it’s really important that we increase community knowledge of childhood cancer causes in general – but we also need to encourage doctors to talk about the causes with affected families to address unhelpful misconceptions,” Dr Vetsch concludes.