Opinion What's behind the increase in bowel cancer among younger Australians?

Bowel cancer mostly affects people over the age of 50, but recent evidence suggests it’s on the rise among younger Australians. 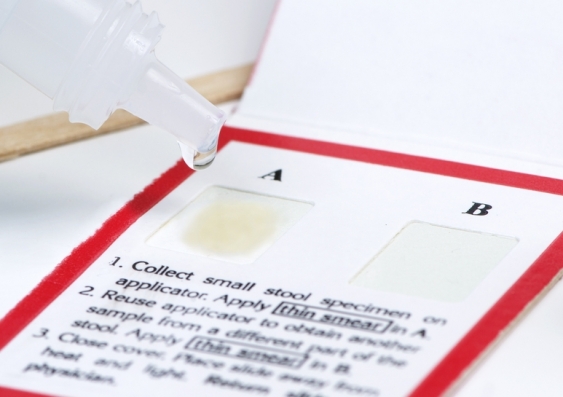 Our study, published recently in Cancer Epidemiology, Biomarkers and Prevention, found the incidence of bowel cancer, which includes colon and rectal cancer, has increased by up to 9% in people under 50 from the 1990s until now.

Our research examined all recorded cases of bowel cancer from the past 40 years in Australians aged 20 and over. Previous studies assessing bowel cancer incidence in young Australians have also documented an increase in the younger age group.

This trend is also being seen internationally. A study from the United States suggests an increase in bowel cancer incidence in people aged 54 and younger. The research shows rectal cancer incidence increased by 3.2% annually from 1974 to 2013 among those aged age 20-29.

Bowel cancers are predicted to be the third most commonly diagnosed cancer in Australia this year. In 2018, Australians have a one in 13 chance of being diagnosed with bowel cancer by their 85th birthday.

Our study also found bowel cancer incidence is falling in older Australians. This is likely, in part, to reflect the efficacy of the National Bowel Cancer Screening Program, targeted at those aged 50-74. Bowel cancer screening acts to reduce cancer incidence, by detecting and removing precancerous lesions, as well as reducing mortality by detecting existing cancers early.

This is important, as bowel cancer has a good cure rate if discovered early. In 2010 to 2014, a person diagnosed with bowel cancer had a nearly 70% chance of surviving the next five years. Survival is more than 90% for people who have bowel cancer detected at an early stage.

That is why screening is so effective – and we have previously predicted that if coverage rates in the National Bowel Screening Program can be increased to 60%, around 84,000 lives could be saved by 2040. This would represent an extraordinary success. In fact, bowel screening has potential to be one of the greatest public health successes ever achieved in Australia.

Why the increase in young people?

Our study wasn’t designed to identify why bowel cancer is increasing among young people. However, there are some factors that could underpin our findings.

The increase in obesity parallels that of bowel cancer, and large population based studies have linked obesity to increased cancer risk.

Unhealthy lifestyle behaviours, such as increased intake of highly processed foods (including meats), have also been associated with increased bowel cancer risk. High quality studies are needed to explore this role further.

Alcohol is also thought to be a contributor to increasing the risk of bowel cancer.

So, should we be lowering the screening age in Australia to people under the age of 50?

Evaluating a cancer screening program for the general population requires a careful analysis of the potential benefits, harms, and costs.

A recent Australian study modelled the trade-offs of lowering the screening age to 45. It showed more cancers would be potential for detected. But there would also be more colonoscopy-related harms such as perforation (tearing) in an extremely small proportion of people who require further evaluation after screening.

A lower screening age would also increase the number of colonoscopies to be performed in the overstretched public health system and therefore could have the unintended consequence of lengthening colonoscopy waiting times for people at high risk.

How to reduce bowel cancer risk

One of the most common symptoms of bowel cancer is rectal bleeding. So if you notice blood when you go to the toilet, see your doctor to have it checked out.

Aspirin may also lower risk of cancer, but should be discussed with your doctor because of the potential for side effects including major bleeding.

Most importantly, we need to ensure eligible Australians participate in the current evidence-based screening program. Only 41% of the population in the target 50-74 age range completed their poo tests in 2015-2016. The test is free, delivered by post and able to be self-administered.

Cancer researcher of the year