Opinion Action on inept anti-terror laws must get priority 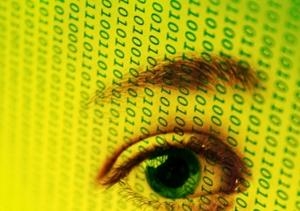 One report was convened by the Council of Australian Governments (COAG) to review a long list of powers and offences. The committee was led by Anthony Whealy QC, a retired judge from the NSW Court of Appeal, and included senior state and federal police officers.

The other report was prepared by a leading member of the NSW bar, Bret Walker SC. He was appointed in 2011 as the first independent monitor of Australia's anti-terrorism laws, and is charged generally with reviewing the operation, effectiveness and implications of these laws.

Walker had significant advantages in preparing his report. The COAG review was rushed for time, whereas Walker's conclusions are the culmination of more than a year and a half of discussion and analysis. The federal Parliament has also given Walker special powers. He can question agencies like the Australian Federal Police and ASIO, and has access to classified information such as their case files.

The reports have a lot in common. Both undertake a careful, forensic analysis of some of Australia's most contentious laws, and find aspects of them wanting. For example, the reports recommend the abolition of preventative detention orders, by which a person can be held without charge for up to 14 days.

The COAG review also examines offences directed at terrorism. It finds that many apply far too widely, such as one that permits a person to be jailed for up to 15 years for ''possessing a thing'' connected with a terrorist act. It finds that offences such as this should be tightened, and in other cases it recommends repeal, such as for the broad-ranging offence of associating with a terrorist organisation.

The reports recognise the real danger posed to the community by terrorism. Walker identifies ''investigation and particularly surveillance'' as ''by far the most effective powers'' to meet this threat. The problem is that the Parliament has given the police and ASIO powers that go considerably beyond this.

A prominent example is control orders, which were rushed through Parliament in the wake of the 2005 London bombings. These can be sought by a government to regulate almost every aspect of a person's life, ranging from where they work or live, to whom they can talk. A person can even be subject to house arrest. All this can occur without a trial, and indeed control orders ignore the concept of guilt and innocence altogether.

Walker finds that the control order regime is ''not effective, not appropriate and not necessary''. He recommends that it be abolished, or at least rewritten to apply only to people convicted of a terrorism offence who remain a danger to the community. By contrast, the COAG Review recommends the control orders be retained, but only with a range of significant new safeguards.

The controversial law that grants ASIO an extraordinary power to question and detain in secret for up to a week Australian citizens not suspected of any crime also receives attention. Walker recommends that ASIO retain the power to gather intelligence by questioning people about their knowledge and links to terrorism. However, he finds that the agency should lose its power to detain.

Walker's report and the COAG Review strip away any pretence that Australia has the right laws in place to protect the community from terrorism. The reports reveal that many of these laws are ineffective or unnecessary. Some are also dangerous in how they undermine important democratic values, such as freedom of speech, the right to a fair trial and the presumption of innocence.

It is clear that the Parliament has much work to do to fix Australia's anti-terrorism laws. The release of these reports at 5pm last Tuesday under the cover of the budget was not an auspicious start. Nor was the fact that Walker's report was released on the last possible day allowed for doing so. If the federal government had wanted to act quickly on his recommendations, it could have released his report soon after it was handed to the Prime Minister late last year.

Not surprisingly, there is now no chance that these reports will be acted on before the election. It is important though that they are not forgotten in the election aftermath. Implementing their findings must be given priority by whichever government is elected in September.