The Federal Government can remove the legal risks facing the PNG plan by amending the Migration Act and legislating in breach of the refugee convention. But this may be a step too far for Parliament, writes George Williams. 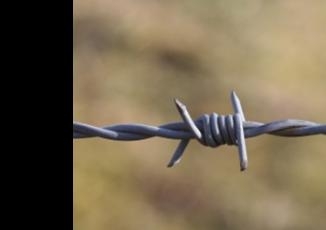 OPINION: As expected, the Rudd government's PNG plan is being challenged in the courts. Refugee advocates will certainly be emboldened by their recent success in convincing the High Court to strike down Labor's Malaysian solution. The question now is whether this new plan will meet the same fate.

Attorney-General Mark Dreyfus has said ''the government is confident that our policy complies with our domestic and international legal obligations''. Others are less sure. International lawyers have condemned the plan and suggested it breaches the 1951 Refugee Convention.

Australia's most important obligation under the convention is that it must not ''expel or return a refugee'' to a nation where their ''life or freedom would be threatened'' on grounds such as their race, religion or political views.

For example, a person who has fled Iran because they fear persecution due to their political beliefs cannot be returned to that place.

On the other hand, the convention says nothing about a person being sent to another country willing to receive them.

High Court Chief Justice Robert French said in the Malaysian case this ''permits removal of a refugee to a 'safe' third country''. There are, however, other grounds on which the convention may be breached.

Professor Ben Saul from the University of Sydney has taken the view that the new arrangement is ''almost certain'' not to comply with international law.

He identifies several violations of the refugee convention, including that the PNG plan discriminates against asylum seekers who arrive by boat and not plane, and that asylum seekers will be faced with mandatory detention for protracted periods in poor conditions and subjected to substandard processing arrangements.

These are all credible arguments as to why the plan puts Australia in breach of its commitments under the convention.

This may affect Australia's standing in the international community, but it does not, by itself, provide a basis for challenging the plan in the High Court.

Conventions and treaties do not have direct legal force in Australia. They only form part of Australian law when they are given effect by legislation enacted by the Federal Parliament.

In the case of the refugee convention, the Migration Act sets down the rules and processes for seeking asylum in Australia in accordance with the convention.

If a challenge is mounted in the Australian courts, it would be on the grounds that the PNG plan is not consistent with the Migration Act. This was the basis upon which the Malaysian solution was struck down.

The same result is less likely this time round.

This is because the Federal Parliament has since amended the Migration Act to remove important checks and human rights protections on the transfer of asylum seekers to other countries.

The Migration Act had said boat arrivals could be taken to another country if the Immigration Minister had declared the country possessed, for example, ''effective procedures for assessing their need for protection'' and ''relevant human rights standards''.

The High Court held in 2011 that Malaysia did not meet this test. The test was removed from the Migration Act in the following year.

This test has been replaced by provisions that seek to give a blank cheque to the government.

The law now says the ''only condition'' for the minister to approve the transfer of asylum seekers to another country is that doing so is in Australia's ''national interest''. It is hard to see how this new open-ended discretion provides any basis for challenging the PNG plan.

However, the problem for the government goes deeper than this particular provision.

The success of refugee advocates in the High Court is due more broadly to a tension at the core of Australia's approach to asylum seekers.

The Migration Act purports to implement faithfully Australia's obligations under the convention. Yet government policies and practices have sought to evade the spirit, if not the letter, of that convention. This conflict may yet open up other angles of attack in a field in which lawyers have proven ingenious at identifying winning arguments.

It is within the power of the Federal Parliament to remove this legal risk. It only needs to amend the Migration Act to authorise the PNG plan, irrespective of whether the plan is consistent with the terms of the refugee convention.

However, this would require the enactment of new legislation by Parliament, and in recent times this has proven fraught. Legislating to implement the plan in breach of the convention would be especially difficult.

This may be a step too far for members from all sides of Parliament. Indeed, even some members of the ALP are only likely to support the plan if they can hold onto the fiction that it respects Australia's international obligations. For them, the refugee convention is an article of faith.