The regulator's chairman has said class action litigation is a good market-driven solution, but how does that translate to ASIC's policy position, asks Michael Legg. 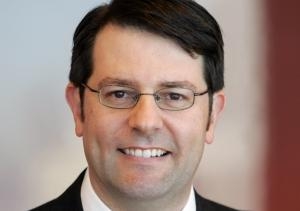 OPINION: Has the Australian Securities & Investments Commission embraced the class action as a desirable way for investors to obtain compensation for their investment losses?

ASIC chairman Greg Medcraft recently endorsed class action litigation, saying it was "very good at equalling up the tables" and was "a good market-driven solution", but with the proviso that the class actions needed to be "done responsibly".

But how does that translate to ASIC's policy position? The recent guidance on ASIC's approach to enforcement states it will seek compensation for individual investors only if it is also in the public interest.

ASIC also encourages investors to consider private legal action, presumably including class actions, to obtain compensation for losses the investors may have suffered. ASIC's guidance is hardly an unqualified green light to securities class actions, but it may signal a reconsideration of the relative roles of public and private enforcement when it comes to seeking compensation.

Class actions in the regulatory space, also called private enforcement, have become a more significant issue in Australia. This is due to the combination of private rights of action giving an injured individual standing to sue, statutory enactment of modern class action regimes that make litigation economically viable, the rise of litigation funding that bankrolls the proceedings in return for a percentage of any recovery, and finite government resources for enforcement. The advent of securities class actions raises important issues as to the role that ASIC should play in securing compensation and the impact of private enforcement on ASIC's role as a regulator.

In ASIC's areas of responsibility, private enforcement has grabbed headlines through shareholder class actions such as Multiplex, AWB, Aristocrat Leisure and investor class actions such as the proceedings involving Storm Financial and MFS. ASIC's recent decision to issue infringement notices worth $300,000 in relation to Leighton Holdings' alleged breach of the continuous disclosure regime left compensation for investors to the class action lawyers and litigation funders.

But ASIC has a history of inconsistent approaches to private enforcement. In 2005, the former deputy chairman of ASIC, Jeremy Cooper, told a class actions conference that ASIC cautiously welcomed the emergence of the shareholder class action in Australia as a self-help mechanism. Since then, the welcome mat seems to have been withdrawn, with ASIC starting its own proceedings for compensation, most notably in relation to Westpoint, where there were duelling class actions brought by ASIC and plaintiffs' lawyers. ASIC also vigorously fought requests from class action lawyers for access to information ASIC had obtained through its investigatory powers.

The high-water mark is the Multiplex class action, where numerous decisions, including full Federal Court decisions, on public interest immunity were handed down as part of the dispute. ASIC's past reluctance to endorse private enforcement may arise because it can undermine a regulator's ability to adopt a co-regulatory approach with industry. Co-regulation requires enforcement discretion so that in a particular case there may be a preference for coaxing co-operation and rewarding compliance through not seeking to enforce the law to the maximum extent possible. ASIC has a panoply of remedies enabling it to perform its deterrent function in a calibrated manner, depending on the facts and circumstances of the particular case before it.

ASIC can chose between persuasion, warnings, infringement notices, enforceable undertakings, disqualification, licensing requirements, civil suits for damages, civil penalties and criminal prosecutions. ASIC's ability to use lower order enforcement tools may be hampered if industry knows that regardless of co-operating with ASIC there is a class action waiting for it. This discouragement is even greater if material provided as part of co-operating -- documents, interviews, witness statements -- will then be evidence in the class action.

Government must be taken to have endorsed private enforcement, having been responsible for ASIC's budget, the creation of the private rights of action, class actions legislation and the non-regulation of litigation funders. But it remains to be seen whether the public is content to be required to use privately run class actions where they are required to give 25-30 per cent of their recovery to a funder plus repay legal costs.

If class actions are to be the norm for compensation, then government should take a closer look at litigation funding arrangements, including the percentages that are charged. At present there is no oversight. Government may have lightened its fiscal burden for regulation by creating securities class actions. But this may ultimately prove costly for the regulator that loses the co-operation of industry and needs to rely on the more expensive big stick of formal legal proceedings.

ASIC's recent guidance on its approach to enforcement is welcome, due to it providing greater transparency, and as a result accountability, in relation to how ASIC uses it extensive regulatory powers. However, the guidance does not directly deal with the regulatory elephant in the room: securities class actions.

Michael Legg is an associate professor in UNSW’s Faculty of Law.