Removing the mainland from the migration zone effectively shuts down Australia as an asylum country for people fleeing by boat, and is breach of faith by the Labor government, argues Jane McAdam. 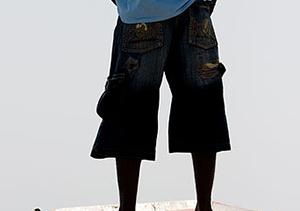 Last week the Australian Parliament passed the Migration Amendment (Unauthorised Maritime Arrivals and Other Measures) Act 2012. The essence of this Act is that any asylum seeker arriving by boat who reaches either the Australian mainland or an excised territory is unable to apply for a protection visa within Australia and is to be transferred to a third country (Nauru or Papua New Guinea) for the processing of their protection claim.

Asylum seekers whose protection claims are assessed offshore do not have access to the same procedural protections that are available to those whose asylum claims are lodged on the Australian mainland (namely, those who come by plane). They do not have recourse to the Refugee Review Tribunal or the Australian courts for review of negative refugee status determinations. Furthermore, access by lawyers, NGOs and others is severely impeded owing to the remote locations of the centres (and the fact that other sovereign countries may refuse access to non-nationals).

When the previous conservative government proposed a similar law in 2006, the Labor party pointed to its incompatibility with the rule of law and principles of natural justice. It rightly argued that it entailed a ‘clear breach of Australia’s obligations under international law in several significant areas.’ Yet, the Labor government has now passed just such a law.

As a matter of State responsibility, liability for breaches of international law can be both joint and several. Any State that aids or assists, directs or controls, or coerces another State to commit an internationally wrongful act is also responsible if it knows the circumstances of the wrongful act, and the act would be wrongful if that State committed it itself. Furthermore, an internationally wrongful act is attributable to a State if it is committed by a legislative, judicial or executive organ of government, or a person or entity which, although not a government organ, has nonetheless been delegated certain aspects of governmental authority (even if that person or entity exceeds the actual authority they have been given or goes against instructions). In other words, States cannot ‘contract out’ their international responsibilities. Australia cannot get out of its own responsibilities by sending asylum seekers Nauru or PNG.

Under international law, individuals have a right to seek and enjoy asylum from persecution. Every State has the sovereign right to grant asylum to refugees within its territory; the corresponding duty is respect for that asylum by all other States. Asylum is a peaceful, humanitarian and non-political act. Australia has a fundamental legal duty not to return people to persecution and other forms of significant harm. This duty is based on a long-standing principle of international treaty law and custom, is entrenched in domestic law, and cannot simply be abandoned for political reasons.

In the context of the right to seek asylum, measures which have the effect of blocking access to procedures or territory may not only breach express obligations under international human rights and refugee law, but may also constitute a breach of the principle of good faith. Although States do not have a duty to facilitate travel to their territories by asylum seekers, the options available to States wishing to frustrate the movement of asylum seekers are limited by specific rules of international law and by States’ obligations to fulfil their international commitments in good faith. Even though immigration control per se may be a legitimate exercise of State sovereignty, it must nevertheless be pursued within the boundaries of international law.

While there is no provision that expressly mandates States to process asylum seekers within their borders, a combination of provisions in the Refugee Convention (no penalties for illegal entry, non-discrimination, non-refoulement, access to courts and the status which contracting States owe to refugees) reinforce the object and purpose of the Refugee Convention as assuring to refugees ‘the widest possible exercise of […] fundamental rights and freedoms’. States are responsible for refugees in their territory, as well as those whom they subject to enforcement action beyond their territorial jurisdiction. This responsibility entails ensuring that refugees are not returned in any manner to territories in which they face — or risk return to — persecution, arbitrary deprivation of life, torture, or cruel, inhuman or degrading treatment or punishment; and, if sent elsewhere, have access to protection and durable solutions.

By excising the whole of Australia from the ‘migration zone’, even in relation to those coming directly from countries in which they fear persecution or other significant harm, Australia is seeking to thwart the essence of the international protection regime. The present regional processing regime is not a true ‘regional’ scheme. It does not reflect any kind of multilateral regime based on shared goals, concerns and responsibility, but is instead premised on bilateral arrangements whereby Australia outsources refugee status determination to other States (with significant financial incentives for those States).

Furthermore, for States to seek to avoid their obligations by contracting them out to other States makes a nonsense of the multilateral treaty regime and is incompatible with the Refugee Convention’s object and purpose.

As a wealthy, industrialized nation with the economic and environmental capacity to host refugees, Australia’s regional processing policy is irresponsible and unlikely to achieve its ends. If its aim is to deter asylum seekers and/or ‘save lives at sea’, then clearly there are considerable misunderstandings about the nature of flight (sudden, and often covert for fear of retribution) and the methods by which flight must occur given that States do not generally provide visas for individuals seeking to flee persecution. The regional processing regime risks contributing to the significant problem of refugee ‘warehousing’, the practice by which refugees are kept ‘in protracted situations of restricted mobility, enforced idleness, and dependency—their lives on indefinite hold—in violation of their basic rights under the 1951 UN Refugee Convention.’1

Finally, in this context, it should be recalled that the practice of transferring asylum seekers to other States for processing has typically been limited to refugees who have passed through other countries on their way to the State in which asylum is ultimately claimed. The new policy targets individuals for whom Australia may be the first country in which asylum could be claimed—in other words, they have come directly to Australia. It is clear that the policy shuts down Australia as an asylum country for persons fleeing by boat, which contravenes the very foundation of the international protection regime.

Jane McAdam is a Scientia Profesor of Law in UNSW's Faculty of Law.

This  piece was first published in Human Rights and Democracy.