Opinion Back to the future with 'Pacific Solution' #2

The recommendations of the expert panel on asylum-seekers are disappointingly regressive and lacking in vision and imagination, write Jane McAdam, Mary Crock and Daniel Ghezelbash. 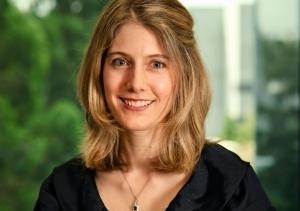 OPINION: However much the debate over irregular boat arrivals has been refocused by the shocking loss of life at sea, it is plain that domestic politics continue to motivate the main players.

Australians’ paroxysmal concern with refugee boats is potent electoral poison. The report by the expert panel on asylum seekers has provided the government with a face-saving measure to renege on its electoral promise not to re-open processing centres on Nauru or PNG, while encouraging the opposition to smugly assert that its policies have been given the green light. It just remains to be seen whether the opposition really does want to “stop the boats”: for it, the boats are an electoral blessing that facilitates a discourse on government neglect and incompetence.

In our view, the most positive aspects of the panel’s report highlight the need to address issues around irregular maritime arrivals at source. The report acknowledges that no asylum seeker would risk their life at sea if a viable, orderly and speedy path to resettlement were available. This is why the panel recommends an immediate increase in the number of refugee resettlement places to 20,000 a year, increasing to 27,000 over the next five years, and greater use of visas under the family migration category.

The panel also criticises the practice of corralling family migration for refugees within the humanitarian program, where less than 800 places were allocated to split families last year. At this rate, the current backlog of 20,000 applications creates real incentives for family members to resort to people smugglers: the “legal pipeline” implies a wait of more than 20 years. The panel sensibly rejects the use of push-back operations because of the serious risks they raise for the safety of life at sea, and their potential violation of Australia’s international legal obligations.

Unfortunately, alongside these prudent conclusions is the panel’s recommendation to reopen offshore processing centres in Nauru and PNG—and without delay. This is concerning for humanitarian and practical reasons. The Pacific Solution was notorious for its violations of human rights law (including the detrimental mental health impacts of indefinite detention), its exorbitant cost, and the fact that the majority of people found to be refugees were ultimately resettled in Australia because other countries viewed the issue as Australia’s responsibility.

There is nothing in the report that explains why the panel believes it will be any different this time around. Indeed, its suggestion that asylum seekers sent to Nauru or PNG should have to wait for resettlement — for as long as they would if processed through “camps” — creates inherent uncertainties. This appears to sanction the very type of warehousing that often prompts refugees to seek asylum using irregular means. The billion dollar price tag (for accommodating 1500 [+PNG] asylum seekers) far exceeds the price of resettling an additional 6250 refugees in Australia each year. In our view, this is a futile gesture and a complete waste of money.

The real problem for the government is that, this time around, it is highly unlikely that a “quick fix solution” can be found to stop the flow of boats to Australia, at least in the longer term. The opposition’s assertions that it has “the solution” are a hollow boast — a fact that may make it reluctant to co-operate even if the government were to call its bluff by adopting all of its policies.

The thing is that refugees today are more savvy and connected than they have ever been. The vast majority of “our” asylum seekers come because they have existing connections in Australia. The internet and mobile phones have increased awareness of the likely effect of policies — and of refugee law as a protective option. This reality is apparent in the surge of boat arrivals triggered by the formation of the expert panel. While the frantic politicking in Australia may be pushed by the smugglers as a “now or never” play to their clients in Indonesia, it does not follow that re-opening Nauru will halt the flow.

The panel’s endorsement of the creation of a regional processing centre/s in south-east Asia has much to recommend it — as a longer-term objective. It will take time to build the necessary legal and practical foundations to ensure that refugees and asylum seekers can access meaningful protection, including durable solutions, within the region. Any such processing centre should not be a place where Australia dumps its unwanted boat arrivals, but rather a safe haven where asylum seekers can have their claims assessed while living in humane conditions, and ultimately be resettled, integrated into the local community, or voluntarily returned home. Essential to the success of such an initiative is speedy processing and prompt resettlement.

Our enduring concern is that humanitarian pretexts are being used to justify ineffective and inhumane policies that ride roughshod over the obligations Australia has assumed under international law. The plain truth is that most of the countries in Australia’s region provide scant protection for refugees. While there is much to commend efforts to build capacity in this part of the world, the relatively few people who come to us in search of protection are by rights “our” problem and should remain Australia’s responsibility.

When all’s said and done, the expert panel’s recommendations are disappointingly regressive and lacking in vision and imagination. It is, indeed, a case of back to the future for a country that seems incapable of learning from its past.