Opinion Bill targets foreign fighters before departure and on return 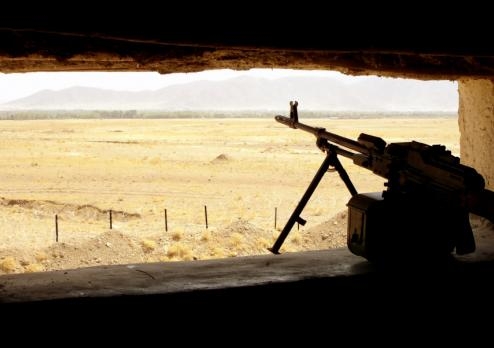 OPINION: The Abbott government has today introduced the second tranche of its national security amendments – the Counter-Terrorism Legislation Amendment (Foreign Fighters) Bill 2014 – into the Senate. As its name suggests, the Bill’s chief target is perceived threats to Australia’s security posed by “foreign fighters” – Australians who engage in conflicts in foreign countries and may seek to return home.

The Explanatory Memorandum accompanying the Bill states that foreign fighters who have fought overseas alongside listed terrorist organisations may “return to Australia with enhanced terrorism capabilities and ideological commitment”. That would heighten the risks of a terrorist act on Australian soil.

In particular, the memorandum suggests that the “escalating terrorist situation in Iraq and Syria poses an increasing threat to the security of all Australians” and that existing legislation does not adequately cover domestic threats.

The Bill, via a series of proposed changes to various Commonwealth acts, targets foreign fighters in two ways. First, it seeks to inhibit would-be fighters from travelling overseas to join conflicts. Second, it subjects foreign fighters and individuals who have been in conflict areas to a range of augmented controls upon their return to Australia.

Individuals would be restricted from travelling to foreign conflicts in two ways.

These changes adopt recommendations by the Independent National Security Monitor (INSLM), who suggested that temporary suspension measures would ease the challenge for ASIO of completing full security assessments on suspected individuals before they travel. The proposed suspensions would prevent affected individuals from travelling on a much lower threshold than the existing provisions.

But the suspension would be effective for 14 days only. There is no capacity for renewal unless ASIO uncovers further information. After this, to prevent a person from travelling, an ASIO request for their documents to be cancelled, satisfying the higher threshold required for this, is necessary.

Secondly, the Bill enables Customs officers to detain a person when they feel satisfied on reasonable grounds that the person “is, or is likely to be, involved in an activity that is a threat to national security or the security of a foreign country”. This considerably widens existing powers. Currently, Customs detention is allowed only where a person is reasonably suspected of having committed a serious Commonwealth offence, punishable by imprisonment of three years or more.

First, it wholly reworks existing criminal laws that apply to foreign fighters, repealing the Crimes (Foreign Incursions and Recruitment) Act 1978 and transplanting its provisions into the Commonwealth Criminal Code. It retains the basic structure of the existing offences, which criminalise engagement in “hostile activity” in foreign countries and travel abroad for this purpose. However, it slightly broadens the offences and significantly increases their maximum penalties.

More invasively, the Bill creates a new offence criminalising travel to any area designated by the minister on the grounds that a terrorist organisation operates within it. The designation power is broad. It allows the prescription of entire countries, or regions spanning two or more countries.

Significantly, this offence, which carries a maximum penalty of 10 years' imprisonment, does not merely affect foreign fighters. It also leaves people who may have travelled to designated areas for a range of other reasons – such as visiting family, performing humanitarian aid work, or undertaking official or journalistic duties – vulnerable to prosecution. A complete defence to the charge exists where a person’s sole reason for visiting the designated area was for a “legitimate purpose” – including the above reasons.

However, this still places the onus on individuals to satisfy an evidential burden that travel was for a legitimate purpose. This leaves open the possibility of conviction where a person fails to discharge this burden, even if their travel was for a legitimate purpose. The offence is likely to have the chilling effect of discouraging people from travelling to designated areas, even when they have no intent of participating in foreign conflicts.

Secondly, the Bill enables individuals who return to Australia after engaging in “hostile activities” overseas to be subjected to control orders, such as those imposed on David Hicks and Jack Thomas. Under the Bill’s expanded scheme, a control order can be applied for where the AFP “suspects” on reasonable grounds that it would substantially assist in preventing a terrorist act. The requirements of control orders can be invasive – for instance Thomas and Hicks were subjected to overnight curfews, reporting requirements and substantial phone and internet restrictions.

Significantly, a person need not be found guilty of an offence to be subjected to a control order. A court does need to be satisfied, though, that the controls are “reasonably necessary and reasonably appropriate and adapted for the purpose of protecting the public from a terrorist act”.

The expansion of control orders was implemented in response to advice from law enforcement agencies that the current thresholds for application are too onerous. Other experts have expressed an alternative view. For instance, the INSLM has described control orders in the absence of criminal conviction as “not effective, not appropriate and not necessary”.

The Explanatory Memorandum states that the cancellation of welfare is designed to occur only where denying welfare itself is appropriate or justified on security grounds. However, no such limits emerge from the Bill itself. It confers a broad executive discretion to issue security notices, with no obligation to provide reasons.

The Bill adopts a range of measures that make it difficult and unpalatable for individuals to travel overseas to engage in conflicts. It imposes onerous consequences on those who return to Australia. These measures collectively limit key human rights such as freedom of movement and the right to a fair trial.

In light of the recent decision to raise Australia’s security alert level to high, it may be reasonable to expect some incursions into traditional freedoms. The task remains to ensure that the right balance is struck.

Some elements of the Bill, such as the passport suspension provisions, achieve this, building in recommended safeguards. Others, in particular the new travel offences, are more extreme, placing a heavy burden on people who need to visit designated places for innocuous reasons.

Following its introduction into the Senate, the Bill will be referred to the Parliamentary Joint Committee on Intelligence and Security for review.

Sangeetha Pillai is a PhD researcher in citizenship and constitutional law, Gilbert + Tobin Centre of Public Law at UNSW.

Proposals to strip citizenship take Australia a step further than most

What does ‘being Australian’ mean under the Constitution?